5 Criticisms of the OEE Metric...in 140 Characters or Less 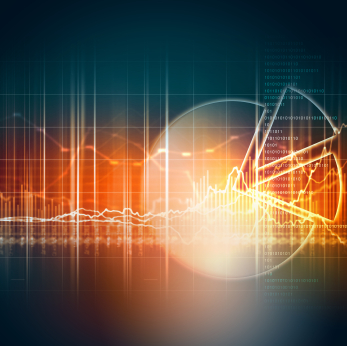 Last week, after ThomasNet's R.P. Siegel quoted an LNS Research blog post in his article, "Is OEE An Effective Metric for Assessing Industrial Production?" we decided to ask our followers on Twitter for their thoughts on the topic. The tweet sparked an engaged debate on the utility as well as shortcomings of the Overall Equipment Effectiveness (OEE) metric.

A function of availability, efficiency, and quality, OEE can be viewed as a central manufacturing metric, however, it's often criticized for a number of reasons. Although we've discussed why executives and plant managers might want to keep OEE on the metrics dashboard, it's always important to balance an argument and look at the other side.

Below, we'd like to keep this conversation going with a discussion of OEE criticisms, highlighting several industry experts that shared their thoughts on Twitter last week.

Rick Bullotta, co-founder and CTO at ThingWorx, an innovative software company advancing the connected world, tweeted about one of the most common criticisms of OEE: there's no direct connection to profitability.

Bullotta points out that most executives and operations managers want and need to know the impact to the bottom line. Unlike other manufacturing metrics such as first-pass yield, scrap rate, supplier chargebacks, or throughput rate, companies typically don't associate a 1% increase or deacrease in OEE performance to a percentage increase or decrease in financial performance.

2. OEE shouldn't be regarded as a catch-all

Simon Jacobson tweeted about how the OEE metric covers a wide breadth but, when viewed by itself, lacks the depth needed to understand manufacturing performance.

@CriticalMfg @LNSResearch @ThomasNet #OEE can be a misleading euphemism for "manufacturing performance". Has to be one of many metrics.

While OEE can show high-level manufacturing performance, Jacobson points out that truly understanding what's driving performance and identifying areas for improvement in manufacturing requires a diverse set of metrics. It's common for a manufacturing metrics dashboard to include OEE as just one of many measurements.

3. OEE isn't multi-dimensional enough for monitoring performance outside of manufacturing

Colin Masson, Worldwide Solution Director for Consumer Goods and Marketing at Microsoft, tweeted about the need to measure OEE as well as its inadequacies as a holistic business measurement.

One challenge with OEE is that it shows little information on the connection to upstream performance. If, for instance, you deploy a cloud-based statistical process control solution at supplier facilities to monitor out-of-specification processes, improvements to downstream quality will likely show up as improvements to OEE, but the granularity needed to identify the source of those improvements will be missing.

Like Jacobson, Masson points out that OEE has to be aligned with and analyzed alongside other metrics.

4. OEE's accuracy and usefulness is largely dependent on how it's calculated

Matthew Littlefield, President & Principal Analyst at LNS Research, tweeted about the importance of measuring the availability variable of OEE only when a production order exists, in contrast to assuming production is taking place every hour of every day. This helps to more accurately depict performance.

Littlefield's comment points out some of the differences in traditional approaches to measuring OEE versus the more granular, modern way many companies measure it today. His comment also speaks to the challenge of there being no single, universal way to measure OEE. Each variable that makes up OEE may be calculated with slight variations across similar machines, lines, plants and companies, and as a consequence, there may be disparities in its accuracy when making comparisons.

5. OEE variables need to be inspected individually to identify real areas for improvement

Critical Manufacturing, a manufacturing software solutions provider, tweeted about the need to look deeper into each of the variables that make up the overall equipment effectiveness metric, availability, efficiency, and quality.

@simonfkj @LNSResearch @ThomasNet Yes - we see it as probably the best high-level metric, but requires then drill-down to other metrics.

The three variables that make up the OEE calculation are vital to manufacturing performance. By working to improve each individually, companies can take a tactical rather than broad approach to improving OEE. Incremental improvements to availability, efficiency, and quality can aggregate to significant improvements in manufacturing performance (whether you determine that through OEE or not).

What's the Verdict? How Should You Measure and Utilize OEE Metrics?

LNS Research advises that OEE should be viewed as a high-level measurement on the metrics dashboard, and leveraged in conjunction with other metrics and KPIs that extend beyond just the manufacturing environment. While some of the expert opinions above were particularly hard on OEE, they generally shared that notion.

What are your thoughts on measuring and utilizing OEE metrics? Should it be included on the metrics dashboard or does it not provide enough value to justify the resources? Share your thoughts in the comments section below.

The top 10 most popular 2013 blog posts from LNS Research, including MOM, EQMS, and IEM subject matter.

One Major Problem With Your Operational Excellence Model

Learn how a strong metrics program can transform the way you pursue Operational Excellence.

Top 5 Must Have Quality Management Metrics for the Executive Dashboard