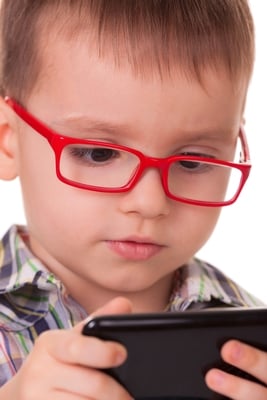 We’ve got a real problem on our hands in America. A gap’s growing between manufacturing workers set to retire in the next 10 to 15 years and those on the other end of the spectrum. Despite the exciting and innovative things happening in the industry, millennials’ outdated perception of shop-floor jobs is increasingly precluding them from following the career path. And Gen-Z, thumb deep in their smart phones, face an even greater disconnect.

The reality is manufacturing continues to evolve with other industries. Many of today’s workers have tech-savvy jobs that ask them to use software in ways involving modeling products with 3D visualization tools, mining big data with analytics, and automating assembly with robotics. From procurement to design, building, delivery, and service, there’s considerable opportunity--not to mention massive room for growth--at some of the world’s largest companies.

Something has to be done, and it’s going to take more than Jason Statham doing a movie about how his character’s contract manufacturing company is getting strong-armed by the mob into 3D printing guns. Resurging interest in manufacturing as a career will require a systemic effort, both publicly and privately. It’s going to have to be approached from the ground up, and we’ve come up with a list of 7 things that will help attract the younger workforce to manufacturing.

Most parents are looking for ways to keep their kids busy during summers. And in recent years there’s been a rise in the number of manufacturing and engineering-oriented summer camps, each of which aims to inspire and equip youth with tangible and exciting real-world experiences.

A well-known example of this is Nuts, Bolts, and Thingamajigs (NBT), the foundation of the Fabricators & Manufacturers Association, Intl. With week-long camps spread throughout the country, NBT provides middle school-aged and high school-aged kids the opportunity to ideate, design, and build products. They get to learn about and use technology such as Computer Aided Design (CAD) software, as well as different types of manufacturing machinery such as CNC machines and lathes (under professional supervision of course).

2. 3D Printing at Home and in School

Although 3D printing has been around for a while, recent advancements have changed the game. Improvements in terms of price, materials used, and the technology itself are aiding 3D printing’s move beyond the shop floor, into homes and schools. This trend seems to be moving in the right direction, and access to the technology is poised to only help encourage more of tomorrow’s tech-savvy makers.

Anytime you gamify something, it’s going to be more interesting and relatable to the youth. Today’s teenagers grew up with games, but not the ones we played several decades ago. These games are complex, often requiring understanding and the use of technology. In the past few years, there have been several pushes toward the gamification of manufacturing, the most notable of which being Siemens’ Plantville.

Siemens Plantville is a gaming platform, hosted online, that simulates what it’s like to be a plant manager. The goal is to improve productivity, quality, safety, on-time deliveries, and energy management, and users are rated based on a number of KPIs. The game’s designed for not only manufacturing professionals, but also for both high school and college students. There have even been a few competitions held in high schools.

Students have been taking technology-oriented classes for years, but there’s certainly something to be said for very specific skills-training classes offered within high schools. Things like vocational schools and manufacturing-focused classes provide technical training and know-how, essentially giving students a taste for what the careers entail and even preparing them for entry-level positions.

Vocational schools have been around for decades, but recently they’ve gotten more attention. In some programs in New York, Massachusetts, and California, students can take college courses while in high school—sometimes taking five years to graduate rather than four—and leave with both a high school diploma and an associate’s degree (or be well on their way to one).

Perhaps, in this respect, we should also take a page out of the German manufacturing handbook, where the country's putting a lot of effort into apprenticeships, awareness, and improving the respect of both students and the broader public for those in manufacturing careers.

Last year, the U.S. celebrated the second annual National Manufacturing Day. More than 800 plant tours, career workshops, and open houses were held by a number of associations, universities, and manufacturing organizations. Each aimed to show younger generations that manufacturing not only offers viable career options, but also something that can be fun and exciting. The success will carry over into 2014, with the next event slated for early October.

Separate from National Manufacturing Day, the resurgence of manufacturing in America has driven a variety of manufacturers throughout the country to get more involved with their communities, offering plant tours to middle school and high school students and even visiting schools to get the point across that the shop floor’s no longer a dangerous, dirty, and dark place. You can expect this trend to continue as more public and private focus is put on the widening skills gap.

Makerspaces are popping up throughout the country. They’re generally shared spaces where community members can gain access to manufacturing resources, such as tools, materials, educational opportunities, peers, and more. The idea is to provide a safe environment for small manufacturing organizations, hobbyists, and students that transcends the constraints of cost and space, so they can design, prototype, and create things on their own.

This one’s a no-brainer, but it’s important to bring it up. Parents can of course influence their child’s interests, making it critical to provide the opportunity to actually make (Lego’s, electronics kits, etc.) things rather than just playing with them. Toys don’t have to always be action figures or video games, and summer camps don’t have to always be for sports. There are plenty of options for all age groups--it’s just a matter of taking action.

What’s the Goal of These Efforts?

When it comes down to it, the best way to get the youth interested in manufacturing is by exposing them to it as early and often as possible. The longer we wait to let them know about the interesting stuff happening in the space, the less likely they are to actually have an interest in hands-on, mechanical activities.

There will always be that subset of kids who go out of their way to take something apart and try to understand how it works, but a vast majority of them just need to be presented with the opportunity.

Access this NEW eBook, "Manufacturing Metrics in an IoT World: Measuring the Progress of the Industrial Internet of Things," presents results from the fourth iteration of the biennial Metrics that Matter research study conducted between LNS Research and MESA International. It places particular focus on what IIoT means to manufacturers in the MOM space.

Learn about 28 of the most important manufacturing key performance indicators and shop floor metrics.

4 Ways that Mobile Manufacturing Software Benefits Operations and IT