What the Industry's Saying About Manufacturing Performance Management 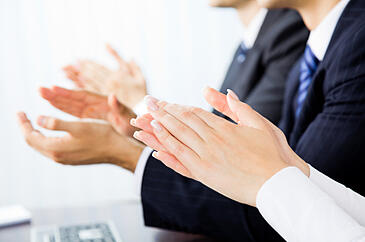 LNS Research was pleased to be part of the MESA International North American “Unconference" event last month in Milwaukee, WI. Organized with an interactive structure and a focus on attendee-generated discussion, the two-day event included six sessions aimed at helping attendees tackle their manufacturing initiatives and attain best practices within manufacturing and the Manufacturing Operations Management (MOM) space.

The MESA organization contains working groups, each comprising a set of hot topics creating buzz in the manufacturing community, and these groups serve as a place to share and solicit knowledge. As part of the Metrics Working Group, LNS Research's President and Principal Analyst Matthew Littlefield was on hand to share in the discussion and offer insight into many of the topics on the minds of manufacturers today.

There were many engaging and interesting discussions during the event, and it was rewarding to see how the research we undertake and best practices we develop resonate so strongly with the what the manufacturing community is facing at large. Below are topics and highlights from a few of these discussions.

One of the first discussions grew out of some of the trends and impacts of changing business conditions--specifically, how the definition of a successful NPI has changed over time and how it will be subject to change in the future.

The first commenter shared that his company was working to involve operations earlier in the NPI process, through contributing to product process development. He explained that it was divided into two parts: A process engineer and a new product group.

So far, his company is experiencing a faster time to market and easy scaling up through operations. Through earlier involvement with NPI, operations is less compressed in its role, and delivers better results after the product is launched. Both the VP of Engineering and VP of Operations share responsibility over the NPI process.

Measuring Quality and the Importance of Product Traceability

Another important topic on attendees’ minds at the session was product traceability. One of the commenters shared that his company was trying to create a formalized Production Part Approval Process (PPAP) across all 350 of the company’s suppliers. He was struggling, as many suppliers were not interested in participating in the initiative, and finding replacement suppliers that could deliver comparable quality and cost was difficult to impossible.

Another attendee shared a story about a forklift manufacturer owned by Toyota and the journey it started several years back on Toyota Production System (TPS). Core to this story was a shift from how quality was measured—from a defect per million opportunities to simply as a number of events, with even a single production defect defined as an event. This took many of the top rated suppliers (the largest) and moved them to the bottom of the heap. With a "no more free pass for just supplying lots of parts," suppliers came to realize that each failure was a disruption to production and impacted operations, which helped drive further reductions beyond just an acceptable DPMO levels to near perfection.

This shift in measurement led to a process of all failed parts from the field being returned to the factory, with a team put in place to review the issue as supplier, manufacturer, or design related. At first the team thought this would be logistically impossible, but it wasn't. To start it was time consuming, but by having executives seeing each failure in person and having a hands-on team viewing the defects every day led to high-level discussions aimed at fixing the problems. Over time, these actions increased customer satisfaction, repeat customers, and ultimately, drove down warranty costs by over 75%, which went straight to the bottom line.

A key takeaway from this experience, and one that bears repeating, is that you can only manage what you can measure.

Another conversation brought up the topic of building operational dashboards, and took a familiar turn that we’ve spent a lot of time researching–which metrics do you choose? Several attendees commented on the difficulty they had in reaching consensus on which metrics should be included on dashboards as they worked to eliminate informational and departmental silos.

A large part of the problem proved to be cultural. As the commenter said, a huge challenge is in creating the common core of metrics from the same databases, and subsequently, identifying where the strengths and weaknesses in processes lie. While this is crucial in standardizing and improving processes, it also has the consequence of pointing out weak links, as sometimes the workers were responsible for the lagging performance of a particular set or subset of processes.

To overcome this fear of being exposed, workers must be focused only on going after the customer-centric metrics and ignoring any kind of blame for underperformance. And once this is understood, everyone can get on board with striving toward a shared common goal.

Learn the Metrics That Matter Most

The current data and much of the insight contributed by LNS to this event was based on the 2013-2014 Metrics That Matter Research Study, conducted in conjunction with MESA. To find out more about the key operational and performance metrics that are driving the most value for manufacturing professionals with these and other stories, click below for a free download of the 2013-2014 Metrics That Matter Summary Report.

Learn about the recent Emerson-MRG acquisition, and what it means for the asset management space.