The Internet of EVERYthing Will Engage EVERYone 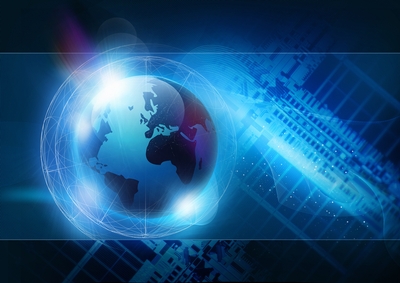 IoT, the Internet of Things, is dominating the media these days. Some say IoT itself is probably a misnomer. For instance, futurist and inventor Ray Kurzweil says it really ought to be the Internet of Everything (IoE). Whenever we hear IoT, the first thing many start talking about is M2M or machine-to-machine communication, enabling us to get ever-expanding amounts of data, but what about the other things involved.

Google certainly gets that this data will need parsing, contextualizing and analyzing it to turn it into usable information. That is one of the reasons Google is investing heavily in the manufacturing sector. The end-user of that information is intended to be us--people. So it is as much about allowing us to benefit from expanding connectivity, as it is about the connectivity itself, hence the idea behind the Internet of Everything.

Regardless of whether you're using IoT or IoE or some other acronym, the concepts behind them are all converging to focus on the interconnectivity of people, machines, and the environment. Over the past several weeks, my colleague Mark Davidson has been working on a series covering the major challenges and roadblocks for accelerating the IoT's prevalence and utility in the manufacturing sector. His first two posts were on protocols and cybersecurity (read the first here and the second here).

In this post, I'm going to take a slightly different angle and talk about the organizational implications when it comes to the IoT.

Organizational Issues May Pose a Major Threat to IoT

What is becoming obvious as we talk to both end-users and vendors in the manufacturing space is that there is both excitement about the potential of the IoT and concern about how to deal with the implications of the IoT. A lot of debates are springing up about who is going to control and own all this data. Should it be IT? The "business?" What about operations?Where does engineering fit? These are all questions clients keep asking us.

At an event we attended not too long ago one client spent some time with us discussing their architecture and how they segment coverage between the business-IT and operations groups and wanted to know if we thought that they had done it right. Interestingly, one of their competitors was at the same event and engaged us in the same discussion.

While they both classed their ERP systems as IT and their process control as being owned and managed by operations, the other systems such as Manufacturing Operations Management (MOM) and Enterprise Asset Management (EAM) varied between the two companies. One claimed EAM was IT’s responsibility while the other insisted it was operational technology and therefore belonged to the plant and the engineering groups. Both wanted validation they were correct.

The answer for both of these companies was that they should spend less time trying to compartmentalize ownership and responsibility and more time on enabling the various elements of their organization to work seamlessly together. It doesn’t make any more sense to try and turn plant-floor electricians into network engineers than it does teaching IT staff relay ladder logic programming.

What is needed is less time spent on defining who owns and controls what assets and more time spent on how to optimize the performance of those assets so the business benefits. Obviously, an automation and controls vendor knows the process control environment and an ERP vendor knows the financial environment, but they both have valuable contributions to make when it comes to MOM, EAM, and other plant-level technology.

Invoking organizational change is never easy, but one of the first steps a manufacturer should take is to start crafting "the big picture." That is, companies need to start educating everyone in the business about how quality, asset performance, energy, and production all are interlinked. Empowering employees with this information will go a long way.

Once people begin to understand the interrelationships of these functional areas and the technology that is used to support them, they can better understand how to ensure that technology is delivering on its promise. This will be vital for taking advantage of the IoT. As Mark Davidson's been describing, there may be some hurdles in the way, but many more use cases for the IoT in manufacturing are on the horizon.

Learn the in's and out's of the cost of poor quality equation, with a run-down on some of the most important internal failure costs.

Everyone Wants Part of the Predictive Analytics Market, But Who Will Win?

LNS Research Analyst, Dan Miklovic explores the possibilities for now and the futures of Predictive Analytics and Big Data.