The Single Most Important Factor in Quality Maturity 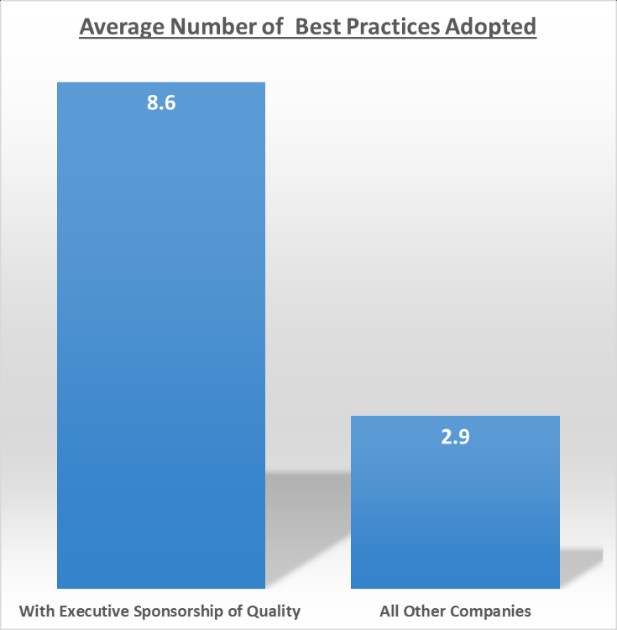 How Important is Executive Priority to Quality Management Maturity?

LNS Research’s survey data provides a constructive perspective. LNS Research tracks a number of elements in its long-running Quality Management survey – metrics, practices, trends, etc. As a part of its research, LNS tracks this question: “Is Quality a Top Executive Priority?” For the glass-half-full crowd, 38% answer in the affirmative; and for the Glass-half-empty crowd, that’s a pretty low number given the importance of Quality.

As it turns out, while there are many important elements to Quality Management Operational Excellence, Executive Priority is the single most important factor in Quality Maturity. How so? 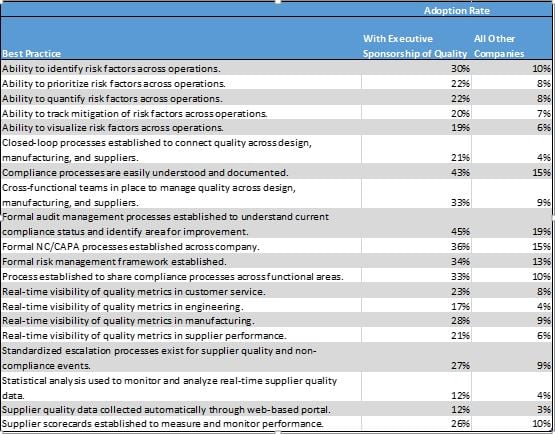 Secondly, we compared the results above to identify the increase in likelihood that a practice is adopted. The graph below shows that “Quality is a Top Executive Priority” has a sizable positive impact on every single Practice, resulting in an increase in likelihood of practice adoption anywhere from 234% to nearly 5 times more than All Others. None of the practices were negatively correlated, or had adoption rates comparable to All Others.

Although not shown below, EQMS is also 21% more likely to be deployed when Quality is a Top Executive Priority. 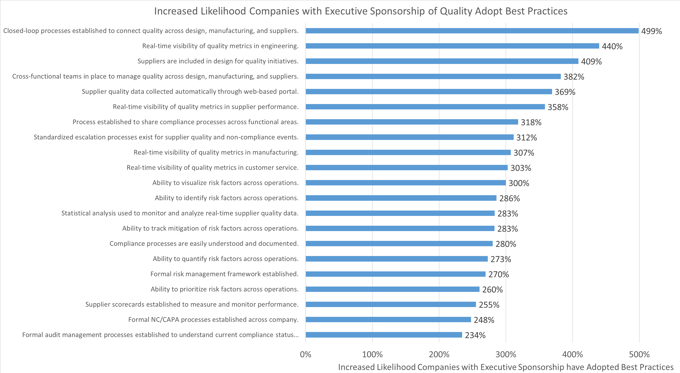 This set of data provides empirical evidence that Executive Priority has a large and universal correlation with higher levels of Operational Excellence in Quality Management. It also shows that the magnitude of that impact is substantial. 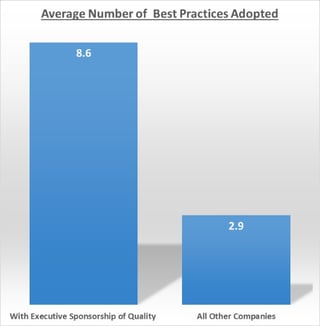 What’s does this mean to Quality Maturity?

Executive Sponsorship and Priority is particularly important for Quality, in part because Market Leading Quality Management requires participation across all functions. Getting buy-in, adoption, and active engagement from all functions is a tough job when done bottom up. It takes years – decades – of effort and demonstrated success to pull this together.

Quality leadership’s top priority should be to make “Quality a Top Executive Priority.”

How to get Quality in the Boardroom?

How do you get executive priority if you don’t have it already? It’s not going to fall into your lap, and everyone wants it. You need a compelling event – a positive and controllable compelling event – to make this shift, which brings us back to the Executive Business Case. Over the coming weeks we’ll continue to look into the factors of the executive business case.

Join the webcast, on Thursday, June 16, 2016 @ 1:00 will provide senior leaders with best practices for building a business case around quality and the foundational framework needed to gain executive commitment.

Mitigating Supply-Chain Risk, OEE in Packaging, The Future of Global Manufacturing, and more...

This LNS Research round up discusses articles on supplier quality management, globally standardized quality processes, and the future of...

How To Tackle Supplier Quality Management in the GEC Meeting

LNS Research Analyst, Dan Jacob explores whether SQM is disruptive, as the "Quality Management in the Board Room: Building the Executive Business...