One Massive Lesson to Learn from Sony's PS4 Launch Mishaps 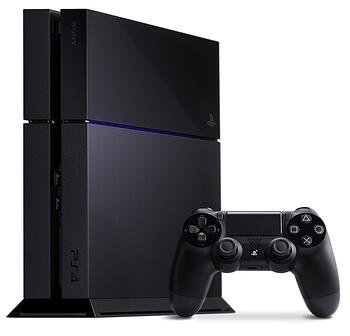 If you’ve been paying any attention to the consumer electronics space over the past few months, you know about the much anticipated releases of Microsoft’s and Sony’s next-generation gaming consoles. Striking the market earlier than Microsoft – and potentially prematurely – Sony’s million-unit PlayStation 4 launch last week came with a number of challenges, some of which may be attributable to its new product introduction (NPI) process.

In the consumer electronics industry, companies know that the ability to seamlessly bring new products to market is a testament to supply chain efficiency, manufacturing processes, quality management capabilities, leadership, and other key dimensions. And when new product introductions are botched – especially ones that have been hyped for some time – it can have significantly negative impacts to reputation and financial performance.

The environment for such issues to go viral has never been more perfect, and the PS4 launch mishaps raise some interesting concerns about what’s deemed an acceptable defect rate in today’s digital age. In this article, we’ll examine the issues with Sony’s launch and discuss the importance of staying up to date with customer expectations.

Sony’s Challenges with the PlayStation 4 Launch

Consumers typically look to the OEM rather than the OEM’s suppliers for answers in the case of an adverse event. As such, when gamers opened their shipments from Sony last week, the company was flooded with inquiries via social media and email regarding consoles that were dead on arrival or had some other issue relating to what’s already being called the “blue light of death,” which renders the machine unplayable.

I came home to find @johntdrake got me a #PS4 as an early Xmas gift OMG SO EXCITED!!! Until we found out it is bricked :( #BlueLightOfDeath

There’s been speculation about the source of the defects, whether they’re simply manufacturing-related or have something to do with poor shipping. Some conspiracies have even popped up regarding sabotage by interns at a Foxconn plant. Nonetheless, in response to these issues, Sony has released a guide to dealing with the “Blinking Blue Light PS4 Issue.” According to IGN Magazine, the company also released this statement:

“A handful of people have reported issues with their PlayStation 4 systems. This is within our expectations for a new product introduction, and the vast majority of PS4 feedback has been overwhelmingly positive. We are closely monitoring for additional reports, but we think these are isolated incidents and are on track for a great launch.

There have been several problems reported, which leads us to believe there isn’t a singular problem that could impact a broader percentage of systems. The number of affected systems represents less than .4% of shipped units to date, which is within our expectations for a new product introduction.”

Although 0.4% may seem like a small number, with one million launch units sold, that number could potentially reach 4,000. As gamers are typically some of today’s most participating digital citizens, 4,000 is more than enough to make the string of issues go viral, and it has.

In the short timeframe since the launch, a volcano of backlash has erupted in the gaming community. We’ve seen a number of articles in mainstream media bashing Sony's poor launch, along with almost 800 1-star reviews on Amazon that seem to mainly focus on launch-related issues rather than PS4’s performance as a gaming console.

This raises an interesting question: Is a 0.4% NPI defect rate acceptable in 2013? In this scenario, where anticipation has been building and the most recent release was seven years ago, the answer is a resounding no. Thinking back to the last-generation launches of these consoles in 2005 (XBox 360) and 2006 (PlayStation 3), social media platforms weren’t as widely used or nearly as influential over public opinion. As a result, complaints were significantly more contained.

That said, a key lesson can be learned by senior leaders in the consumer electronics industry, especially those engaging in market-leading competition (Sony vs. Microsoft, Apple vs. Samsung, etc.). They need to verify that their company’s business and manufacturing goals are aligned with customer expectations. Based on the statement released by Sony, we see that the company perceives 0.4% as an acceptable defect rate for new product introductions, but it’s clear that the market disagrees.

As we’ve written about previously, social media has the power to magnify product quality issues. It’s given a megaphone to many people who would otherwise remain voiceless, and has helped the more casual customer complaints snowball into very real threats to business performance. Because there's much less room for error today than there was even a few years ago, companies (not just in consumer electronics) are under more pressure than ever to perform.

What do you think about Sony's launch of the PS4? Tweet to us @LNSResearch or share your opinions in the comments section below.

Quality Leaders Explain How Customer Complaints Work for Them

Latest research data and insights from LNS Research around benchmarking customer complaints, the impact of social media listening, and closed-loop...

The blog reviews Pilgrim Fusion 2018, the customer conference for Pilgrim Quality Solutions, it's new strategy on quality and customer intimacy, and...