Conflicted on Conflict Minerals? Here’s What You Need to Know 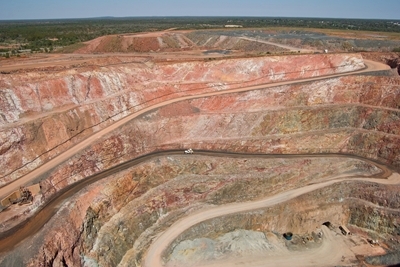 There’s been increasing talk about incoming conflict mineral reporting requirements among manufacturers across the U.S.–not to mention suppliers around the globe–and the impacts these rules are going to create. And that’s understandable. After all, the new requirements are going to have a seismic effect on how manufacturers do business and achieve visibility and traceability across their entire supply chains.

Though the Act became law four years ago and the final rule on conflict minerals was settled in 2012, only now is industry really starting to perk up. That’s because the initial draft reporting deadline is coming up in just over a month–and there will be consequences for the ill-prepared.

In this article we’ll discuss the regulation, why it’s important now, how it will impact OEMs and the potential risks associated with non-compliance. But first, a little background on the new rules.

A key component of 2010’s sweeping Dodd-Frank Wall Street Reform and Consumer Protection Act, the conflict mineral rules impose strict reporting requirements for publicly traded manufacturers that make products containing certain minerals originating in the Democratic Republic of the Congo (DRC) or adjoining countries. These minerals include coltan, tantalum, tin, tungsten, gold and their derivatives, though the Act leaves the door wide open for the Secretary of State to designate additional minerals in the future.

According to the rules, manufacturers affected by the legislation will have to provide an annual disclosure on whether their products contain any minerals that originated in the DRC or its nine adjoining countries. That means a detailed, accurate report–named a Conflict Minerals Report in the Act–vetted by a third-party private sector auditor must be provided to regulators.

The whole idea behind the legislation is to halt the flow of money to armed groups with mining operations surrounding the DRC that allegedly engage in serious human rights violations and leverage proceeds from mineral sales to fund long-standing regional conflicts.

Why is Industry Taking Note Now?

Though challenges have been levied over the constitutionality of the regulations, there’s little doubt they are coming into force–and soon: there’s a May 31 deadline for draft reports. There’s been some speculation that the filing date will be extended, mainly as a result of the SEC’s recent silence over legal challenges the regulations have faced, but that shouldn’t be cause to delay action.

After all, there are sure signs industry is a little behind the ball on this one. A recent PricewaterhouseCoopers poll showed that nine in 10 companies either have incomplete filings or have yet to file at all. Of the 700 poll respondents, a meager 4% had a complete draft filing ready.

Where to Start: 3 Steps

So it’s time to start figuring out whether you are affected by the Conflict Minerals Statutory Provision and what you need to do to comply with reporting requirements. At a very high level, there’s three steps to consider when establishing what you have to do.

There are further nuances to the rules. For example, there’s different treatment applied to conflict minerals that come from recycled or scrap sources. But in general the requirements are pretty straightforward. And given the DRC and adjoining countries export a sizeable quantity of these resources (for example, it’s estimated Eastern Congo alone produces 20 to 50% of the world’s supply of tantalum,) there’s a fair chance that if you use these materials, they could originate from within the covered countries.

It’s worth noting that the two types of companies affected—that is, publicly traded companies and their contract manufacturers—will need to approach their response to conflict minerals requirements in very different ways. For example, OEMs will have to coordinate procurement and engineering to gather information from their entire supply base, while contract manufacturers will probably have the CEO, owner or senior leader collect information from their suppliers and provide it to customers accordingly.

The Costs of Non-Compliance

So what if you just choose to ignore the new rules? The simple answer is doing business is going to be more costly, and from a competitive standpoint you could face a bit of a public backlash. While we fully anticipate the SEC or another regulatory body will find ways to penalize companies that don’t comply as requirements are rolled out in the coming months and years, there are no explicit fines or penalties associated with non-compliance at this juncture.

As far as the Act actually states, issuers that fail to comply with reporting requirements cannot raise new capital under the Exchange Act. Above and beyond that, there’s the public perception and brand impression piece. If you’re not disclosing (and especially if your competitors are) your brand identity will be tarnished among consumers increasingly sensitive to global social justice issues.

Technology is obviously going to play a huge role in leveraging supply chain traceability to identifying whether materials sourced from covered countries, and this is something we’ll dive into in the coming weeks.

If conflict materials are not on your radar, it’s worth taking note. After all, some market leaders are even going beyond compliance: Apple is already listing suppliers that may be sourcing minerals from the covered countries and it has also committed to be ‘conflict-free’ by the close of 2014, and Intel has made significant strides as well.

Join the discussion by tweeting your thoughts under #conflictminerals, and stay tuned to the LNS blog as we continue to explore the implications of these rules and provide guidance on what you can do now to prepare.

A Month of Highs and Lows for Conflict Mineral Rules