A Month of Highs and Lows for Conflict Mineral Rules 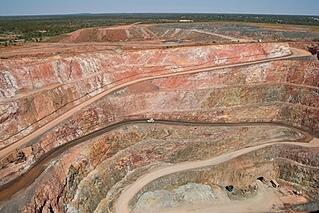 May was a month of both progress and setbacks on the conflict minerals front. Just as one region established a commitment to support mandatory reporting on conflict minerals, on the other side of the globe another region found the success of existing commitments, well, lacklustre at best. In the face of these developments, it’s a valid question for affected manufacturers to ask whether efforts to combat the conflict minerals trade are beginning a long journey toward eventual success or simply dead in the water.

Before we explore these developments, let’s take a moment to look at existing conflict minerals rules. As with the US’s sweeping 2010 Dodd-Frank Act, in general conflict mineral rules impose strict reporting requirements on publicly traded manufacturers that make products with specific minerals from the Democratic Republic of the Congo (DRC) or its nine adjacent countries. These minerals include the ‘3TG’—in other words, tantalum, tin, tungsten and gold.

Manufacturers affected by the legislation have to provide disclosures on whether their products contain any minerals that originate in the DRC or neighbouring countries because of the negative events associated with the conflict trade in the region.

As for the first recent development we’ve seen, firstly there’s the notable progress—in principle—the European Union (EU) achieved by voting to support a draft law requiring manufacturers across the EU’s 28 member nations to examine their supply chains and provide detailed reports on where materials were being sourced and whether or not they fell within the conflict minerals classification.

The EU Parliament had long been viewed as notoriously slow on acting on conflict minerals, especially compared to the US and China, both of which adopted regulations in 2010. However, its vote was a success, with 402 to 118 delegates supporting the measures, which would affect over 850,000 companies across a variety of industries within the manufacturing space, particularly in the electronics and automotive areas.

US Success Lacklustre at Best

On the second front, things weren’t as successful for supporters of conflict minerals guidelines. While many were encouraged by the US’s finalization of conflict minerals rules in 2012 and their implementation in 2014, one year later the benefits of the program are falling short of expectations.

In June last year, affected companies across the nation were required to submit initial reports. However, only a few of the affected companies actually provided required reports. Of those that did, scarcely 20 per cent met the very minimum requirements of the law, according to a comprehensive study conducted by Amnesty International and Global Witness, two non-governmental organizations (NGO) focused on human rights. Further, 15 per cent of manufacturers surveyed contacted facilities relevant to the reporting requirements and only 40 per cent had policies to assess associated risks across their supply chain.

However, as some independent studies have revealed, some of the US companies that did report—including manufacturing and tech giants like 3M, General Electric and Hewlett-Packard—actually provided rather meticulous, comprehensive reports, showing they had taken the time to contact key suppliers and provide accurate, relevant data in their mandatory reports. Intel is another noteworthy manufacturer, as it has taken conflict minerals requirements very seriously, vowing to become completely conflict-free in 2016. Still, these companies represent a fraction of the manufacturers affected by the regulations.

Lack of Clarity and Consequences

As a number of critics and NGOs have acknowledged, the scarcity of compliance with the Act after one year calls into question the value of the regulations, the consequences of noncompliance, and the motivation for affected manufacturers and their vendor management teams to take the requirements seriously. Ultimately, it demonstrates that there may be a degree of ambiguity in the regulations and a weak clarification of the consequences of noncompliance.

The recent developments on the US front occurred on the verge of the deadline for the second round of mandatory reports this month. It has been stated that affected manufacturers must come into full compliance with the terms of the US regulations within two years of its enactment, but many wonder whether there would be actual fallout from noncompliance.

Though the Securities Exchange Commission (SEC) may eventually find ways to penalize companies that don’t comply with requirements, currently there are no explicit fines or penalties associated with noncompliance. In other words, at this juncture it’s hard to say what the costs of noncompliance actually are, hence the willingness of so many organizations to remain recalcitrant. By extension, the limited effectiveness of US requirements to date also calls into question the eventual value of similar protocols recently endorsed by the EU Parliament.

Often, the first year of regulatory progress is not the best indicator of its eventual success, so perhaps the low compliance rate to the US’s sweeping requirements is only temporary. Also, it shouldn’t necessarily be viewed as an indicator of how other adopted rules—namely the EU’s—will play out over time.

Contrary to how they are often portrayed in the media, manufacturers in general do not find regulations such as conflict minerals rules to be objectionable. Further, most are likely not deliberately ignoring their requirement to meet associated reporting requirements. Rather, the lack of clarity and an explicit definition of consequences (within the US rules in particular) can be problematic.

When the consequences of noncompliance in relation to conflict minerals rules are clearly defined, manufacturers benefit from a greater level of certainty and a better understanding of the outcome of noncompliance, and thereby the motivation to prioritize compliance programs and meet the rules. Meanwhile, both regulators and NGOs also benefit from a greater likelihood of achieving the desired outcomes of the regulations, namely minimizing the exchange of conflict minerals across the global supply chain.

Takeaways from the Siemens PLM Software Analyst and Media Conference

Siemens Bringing Together MOM and PLM Businesses Will Benefit Users

Conflicted on Conflict Minerals? Here’s What You Need to Know

Get up to speed on conflict minerals rules, how they will impact OEMs, and the potential risks associated with non-compliance.