What the New EPA Rules Mean for Your Business 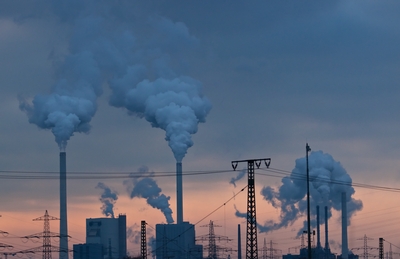 It seems like an age ago now, but the recent EPA coal-fired plant rules, announced earlier this month by Environmental Protection Agency (EPA) head Gina McCarthy, are still sending seismic waves across not only the coal sector, but across the many industries that rely on coal power.

The divisive rules have pitted critics against proponents and leveraged criticism that the EPA and Obama administration are launching an outright war on coal. The EPA counters that the move is all about fighting pollution and advancing the state of public health.

In this article, we’ll dive a little deeper into the new rules, what they mean for coal and businesses that rely on coal and, more broadly, what it means for your business.

Under the direction of President Barak Obama, on June 2 the EPA announced the Clean Power Plan proposal, an effort that targets carbon pollution reduction among the nation’s existing coal-fired power plants, which represent the largest source of carbon emission in the U.S. Unlike proposals that require passage through Congress, this move falls under Obama’s executive authority. As a result, it escapes the wrangling and watering down we typically see with proposals presented to the House, and the dilution occasioned by extensive Congressional amendments and alterations throughout the rulemaking process.

And it is not without its opposition. Many Republicans and some Democrats in states that rely heavily on coal from an economic perspective vocally oppose the bill—voices that come amid the spectre of possible legal challenges as well.

The magnitude of the proposal from a Greenhouse Gas (GHG) emissions perspective, however, is enormous. Unlike regions like Canada, which relies far more on oil and gas, and the European Union, which relies more substantially on nuclear energy and natural gas imports, coal ranks as a top contributor to U.S. energy production. Recent data suggests the nation relies on coal for 40% of its energy generation.

Climate is Still a Thing

It is well-known that coal-fired power plants represent the worst emitters of carbon pollution. Limits have been put in place for other emissions tied to these plants—sulphur dioxide, nitrogen oxide, mercury and arsenic—but this particular decision is landmark insofar as it places strict emission reduction targets on the biggest emitters of carbon in the U.S. If successful, the rule would cut emissions from the power sector by more than 30% below 2005 levels nationwide by 2030.

So while the announcement did send shockwaves across both the coal-based power industry and others that rely on coal power, in many ways it wasn’t a surprise. Though the President has been quiet on climate throughout his second term, he and the EPA alluded often that the government had the executive authority to impose such requirements.

More interestingly, this move represents a bit of a shift in both government action on climate and the role of environmental stewardship for business. Prior to this announcement, in recent talks with market leaders we heard thoughts suggesting a dwindling focus on moving environmental responsibility forward—that public pressure is not as strong as it was and that government regulations have not had a lot of traction in terms of pushing the environmental agenda.

When Climate Met the Backburner

Indeed, in the past seven years we seem to have seen a bit of a sea change. If you recall, back in 2007, environmental concerns were at a fever pitch. In part, off the wake of Al Gore’s seminal documentary, An Inconvenient Truth, public opinion in the U.S. and around the industrialized world seemed to calcify the notion GHG emissions and sustainability performance were a cornerstone of public and political discourse.

Then, the much-discussed recession or economic downturn (or whatever euphemism we use to describe the unfortunate blow to American and, consequently, international economies) happened. Suddenly, sustainability didn’t just take a back seat—it was sent right to the back of the bus.

Though in the intervening years climate science continued to verify the relationship between anthropogenic activity, global emissions, and accelerating climate change, it didn’t seem like climate was playing into either political or business mandates. Where talk of our shared environmental state was foremost in the agenda before the economic downturn, following its impacts—where people had to pay debts, recover from bad mortgages and foreclosures—dollars took precedence.

However, all this happened in the face of increasingly volatile climate conditions that persist to this day as abnormal weather events persist, and as the fifth International Panel on Climate Change (IPCC) report reiterates the ongoing devastating effects of climate change, and their relationship to man-made emissions.

But whether you believe in and support climate science data or not, Obama’s executive order makes plain that climate is here to stay. Also, besides the fact other developed international economies take climate regulation and renewables more seriously (and successfully, but we’ll explore that in future posts,) the outgoing President still has an array of tools within his executive toolkit to administer in the years remaining in his presidency to make a mark on the climate file. Plus, as with all second-term presidents, Obama—well-known to favor a tight regulatory stance on emissions—probably has his legacy on his mind.

What does Business Need to Learn from this Announcement?

It is important to meet emerging compliance requirements, but it’s also essential to manage a business sustainably. Reducing reliance on fossil fuels like coal will ultimately help the bottom line and boost overall sustainability performance.

In particular, some key messages would be:

3 Reasons We Need to Bring Product Stewardship Back

Product Stewardship needs to re-enter the conversation as a term that will help us improve EHS performance and design for sustainability.