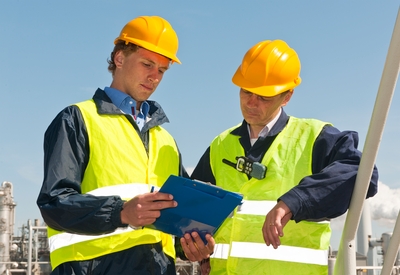 Whether it’s management systems, file systems for CDs, or even guidance on how to brew a cup of tea, there’s an International Organization for Standardization (ISO) standard for just about everything. Many of us are very familiar with two of the biggest ISO standards: ISO 9001 for quality management and ISO 14001 for environmental management.

But in spite of ISO’s ubiquity and seeming comprehensiveness, there’s one glaring hole in its catalogue of standards. Indeed, this go-to organization for any standard framework you could possibly imagine does not have a standard for health and safety management. It’s a significant omission; however, this is about to change as ISO gears up for the release of its very first such standard.

Why Has it Taken so Long?

Perhaps as a result of this void in ISO’s catalogue of standards, manufacturers around the world, familiar with ISO 9001 and 14001, have adopted OHSAS 18001, a go-to standard for health and safety management. Over the years, many have erroneously interpreted the standard as an official ISO standard, and while it is almost as pervasive as many common ISO standards, it was actually developed by the Occupational Health and Safety Advisory Services (OHSAS) Project Group. Though the standard and others—namely ANZI Z10 in the U.S. and AS/NZS 4801 in Australia and New Zealand—have filled the gulf in ISO’s repertoire, the lack of an official health and safety standard from ISO’s corner is notable.

Since ISO has widely adopted and comprehensive standards for quality management, environmental management, risk management, energy management, and other essential areas, it’s alarming that there’s no formal standard for an essential aspect of performance. But this is about to change. Though the process has been glacial, ISO is poised to finally release an official management standard for health and safety. The good news is that the project has been underway for a while and is in its final stages. The bad news is we’re still looking at a fall 2016 publication date at the earliest.

So why has it taken so long? OHSAS 18001 has filled the gulf for some time, and while it has become better aligned with the format of existing ISO management system frameworks since 2007, it still misses out on some key areas of coverage ISO 45001 (so we have been led to believe from its draft standard documents) will cover when it is released.

Will it Mean Anything?

But what does this all actually mean for manufacturers today? If they have adopted OHSAS as their health and safety management standard, is that enough? Why upgrade to ISO 45001 when it is released? Will conformance effect any meaningful change in EHS management among business?

We have early drafts of ISO 45001, and while these drafts provide us some insight into how the standard will manifest, it is still hard to say how to answer the above questions. But with that, here are some things to know about ISO 45001:

How will 45001 Differ from Existing Standards?

One other point to touch on at this juncture (and we will dive into ISO 45001 far more in future posts) is some of the key differences the standard will have with OHSAS 18001, which many experts think will slowly be phased out as ISO 45001 gains traction.

So why go beyond compliance and try to achieve ISO 45001 certification when it is released, especially when conformance is not mandated by customers? That’s a long-standing question that has been asked of all the ISO standards and is still a source of debate. Also, critics of existing standards like ISO 14001 have quipped that a conformant organization can pollute to the ends of the Earth as long as they document how they’ve polluted. That is, there’s few specific improvement targets embedded into the standards, particularly environment, which differ industry to industry, though ISO 50001 is making some movement in this regard by providing a framework for actual business improvement.

There’s no simple answer, but if an organization effectively implements achieves the risk management and continuous improvement capabilities set out in these standards, the benefits in terms of efficiency, process improvement, and cost savings can be substantial.

There’s much to be said of this new standard, and in some ways it is exciting that ISO is on the verge of finally releasing what was an odd omission in their library. We’ll discuss more in the coming months what this means for the field of health and safety management, but in the meantime, one thing that is worth considering is where your organization is in terms of its maturity in aligning with an established health and safety management system framework.