CEBOS Hits the Mark with “Simplify” 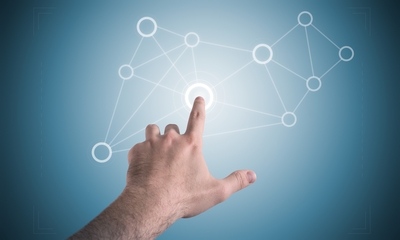 This year’s CEBOS user conference was a big deal, and not because I had the opportunity to keynote day two. Held at the Greektown Casino in Detroit, MI, September 24–26, the conference was the first opportunity to broadly address the user base regarding the acquisition by QAD and the launch of the new web-based product MQ1 Elements.

With so many important topics to cover, living up to the theme “simplify” was no easy task. In this post, I'll inspect the top elements of the event and provide some of LNS Research's perspective on the company's direction.

Bob Herdoiza led off the event with a discussion highlighting the company’s purpose. He said, “We create software that simplifies management system standards.” This naturally led into his presentation of the company’s business strategy since the acquisition. CEBOS has been on a journey to create a balanced scorecard that does not optimize a single result but rather a broad set of “strategic results” for the customer, product, and employees, as well as financials.

Overall the mood of the event regarding the acquisition was positive. There is clear synergy between the product capabilities and customer base of QAD in ERP and CEBOS in Enterprise Quality Management Software (EQMS). CEBOS provides EQMS capabilities such as CAPA, Document Control, SQM, APQP & PPAP, Audit, Training, shop floor inspection and SPC, and Calibration, as well as integration with other enterprise application such as PLM that QAD couldn’t have provided on its own.

Additionally, CEBOS demonstrates strength serving the types of companies represented in the QAD customer base, namely mid-to-large discrete manufacturing and life sciences companies. QAD is also helping CEBOS in providing momentum in the shift to a cloud model, leveraging the success QAD is enjoying in moving its customers to the cloud. Finally, CEBOS has remained mindful of the needs of non-QAD customers and has not abandoned customers or prospects that use a different ERP.

As new and existing customers evaluate MQ1 Elements, it is important to remember it is a new product being provided as part of current support and maintenance contracts. This means much of what exists in current implementations can be moved to the new product but this is not necessarily the best approach. Directly recreating the same workflows in the new product will not capture much of the added value provided with enhanced configurability and usability. As with any new EQMS implementation or upgrade, this serves as an opportunity to evaluate current processes, with an eye towards where process harmonization and improvements can be made.

The LNS Research Take: What it means for Customers and Prospects

Overall the event was a strong showing for CEBOS and QAD. The main takeaway for customers and prospects should be that CEBOS has found a solid home with QAD and the company is now focused on making MQ1 Elements a leading product in the space. Although the client-server product still makes up the majority of the CEBOS user base, it was clear from event announcements that MQ1 Elements is the future for CEBOS and a significant amount of resources and effort will be directed towards making the new web-based product a success for all customers. Based on this observation, along with the enhanced functionality, usability, configurability, MQ1 Elements is now a fully-functional EQMS that is ready for the prime time, and should be considered by medium-to-large North American-centric manufacturers in the discrete and life sciences industries evaluating a new EQMS.