Is It Possible to Over-Automate Your APM Processes? 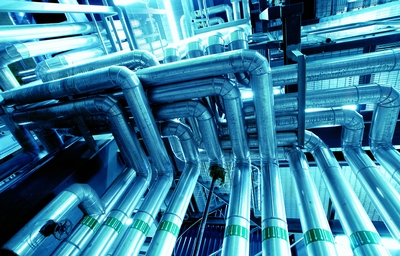 During a recent visit with a manufacturing client, I toured their facilities management control center. This particular manufacturer’s facilities occupied numerous buildings on quite a large amount of land with all the expected utility and support functions. The central facility monitored the HVAC systems, electricity, water, natural gas, wastewater, compressed air, steam, and virtually every other building and manufacturing utility you can imagine.

It was pointed out that the comprehensive control center had taken more than a decade to evolve to its current state and had cost many millions of dollars of investment to achieve its current level of performance. When explaining the centers operation, the facility lead stated that when they got an alarm they then called maintenance to investigate the alarm and write up a work order if further action was needed.

I asked the question, “Why not just have the inspection work order automatically created in the EAM application?” The response was, “We’d never do that. It takes a human to decide if the alarm is valid or not.” This got me to thinking about whether we ever over-automate certain processes within the APM realm.

The Point of Predictive and Condition-Based Maintenance

Enterprises engage in CBM and PdM activities in order to improve the reliability of their physical assets, reduce downtime and maintenance costs, and to maximize the effectiveness of their maintenance work force. Any organization that has adopted a PdM and/or CBM approach most likely has a well-established EAM or CMMS solution in place as well.

In order to reduce time lags, avoid clerical/human errors, and to minimize administrative overhead, the trend has been to tie the PdM solution(s) to the EAM solution to automatically generate work orders for service based on detected conditions indicating the need for such activity.

If this is the case, why would an organization that has invested so much time and money in creating a rich and sophisticated monitoring center (like the one discussed above) not take advantage of the ability to further automate its APM processes?

The IoT and Analytics Will Provide a Higher Level of Confidence

I think the answer in the situation above is that people 1) did not fully trust the information they were getting and 2) the “if it isn’t broke don’t fix it” mentality so common in manufacturing had taken root.

The first issue probably stems from the fact that while the facility certainly has a lot of information about how the physical plant is operating it tends to be singular in nature, not correlated with adjacent system information and based on a level instead of a rate of change. In other words, the monitoring center is getting an alarm based on single measurement such as too high a back pressure in a filter unit or too high a temperature in bearing.

With that single piece of data as the only source of information, the confidence that there is actually a problem is probably pretty low. This necessitates collecting additional data to make an accurate determination in regard to probable severity of the problem.

As for the second issue, process change generally requires people change and that is something most manufacturers struggle with. In the case of the facility being discussed in this post, the processes they implemented resulted in significant improvements in facilities performance, which had been noticed and rewarded. What was lacking was the culture of continuous improvement.

The IoT will make ever-increasing amounts of equipment performance information available. As systems get upgraded or replaced, the newer devices will be able to provide far more information about not only all of the variables associated with that equipment, but when correlated with both upstream and downstream equipment variables, a much better picture of the actual situation can be painted. If you then couple that with a powerful analytical tool to forecast when failure is imminent, you are well on the way to optimizing performance.

So the Answer is Yes You Can Over-Automate APM Processes

When you try to automate any process--including an APM process--with insufficient information, the marginal nature of the results will likely breed a lack of confidence. That lack of confidence then dictates manual intervention, which unfortunately becomes productive and gets rewarded, and as those behaviors become entrenched further the movement to increased automation becomes more difficult.

So the better approach is as investments in new manufacturing and facilities equipment are made, ensure that the systems are both data rich and connectable via the IoT. Then invest in capable analytic tools that provide believable results that will develop the confidence in automating your APM processes.

Operations & Maintenance Leaders: Give Thanks to Your Success in APM

LNS Research considers, in spirit of the Thanksgiving holiday, who Operations & Maintenance Leaders could look to give thanks when selecting...

3 Non-Financial Benefits of EQMS Quality Execs Should Know About

Most quality management executives can discuss the financial impacts of process automation, but what about the softer, less tangible benefits?

Why APM Matters Most in Mining When Prices are Low

With the low cost of energy, companies should be evaluating strategies for building a next-generation asset performance management system.