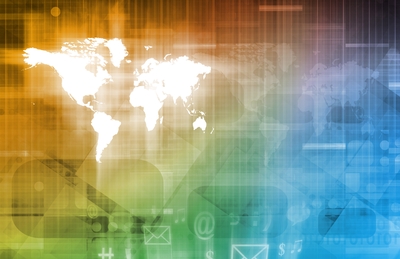 Over the years it has never ceased to impress me how many firms are innovating in the area of smart connected devices. I won’t (and can’t) give away who the winners are for the 2015 awards and until after the awards have to maintain confidentiality even regarding the entrants, but I can say that the awards I was asked to judge this year continue the trend of innovation in the field of smart connected devices and the applications that leverage them.

The Evolution from Value Chain to Connected World

The "Value Chain Awards," as they were originally called, recognized companies that had leveraged at least a couple of machine-to-machine (M2M) technologies to deliver a solution to either sell into the market as a product or service, or to leverage within their own business to drastically alter or improve the way they did business.

That original premise still exists in the "Connected World Awards," the recognition of end-users and providers that have leveraged technology from M2M hardware, services, and applications to deliver some innovative functionality to the market. I think the "Connected" aspect of the awards is spot-on, as it is this leveraging of technologies connected together, working in harmony that enables to innovative goods or services.

From the beginning, many of the entrants, be they manufacturing, healthcare, or security-centric, have all leveraged mobility. The growth of wireless technologies like wi-fi, Bluetooth, and Zigbee, as well as the decline in price and increases in performance of cellular technology are prime contributors to this phenomena.

Some of the earliest entrants and winners were companies providing tools to track criminals via the now infamous “ankle-bracelet” and wearable technology to monitor the location of children or seniors that might have cognitive or other medical problems. Other early entrants were in the medical field with many centered around using hand-held devices (first personal digital assistants (PDAs) or dedicated devices to monitor and track patients after discharge from the hospital to improve post treatment outcomes or to monitor elderly at home for health related incidents.

Finally, since it was the beginning of the age of digital cellular technology, a new era of telematics solutions were featured that focused on fleet operations and improving commercial vehicle dispatch, operation, and maintenance. Some of the winners tracked construction equipment while others focused on commercial fleets, be they automobiles or trucks. Winners provided tools that reduced operating costs, improved availability, or increased security or safety.

Sound familiar to what we hear today is the promise of the IoT and smart connected assets? It should, as many of these are exactly the types of solutions that are being used to justify investments in the IoT.

Why Has It Taken So Long Then?

As I noted above, many of the fleet solutions first started in the CWA nominations ten years ago. But they are not the only entries that I have judged over the last ten years that make some of the discussions about the IoT today seem like old-hat.

One of the earliest winners was a medical device company that automated its laboratory equipment, so that if the instruments went out of calibration it not only ordered the spare parts for delivery to the hospital, but scheduled the technician’s service call and informed the clinicians that lab tests performed since a certain time were most likely suspect and needed to be repeated.

Another entrant was using connected technology to monitor fructose storage tank levels at a soft drink bottling facility to automatically schedule replenishment deliveries to avoid stock-outs. So the pioneers have been leveraging smart connected devices for five to ten years already.

This may lead many to ask the question “why all the hype now?” I think the answer is simply that the examples I cited were, in many cases, truly the pioneers of using what we now refer to as the IoT. They took leaps-of-faith when there were no case studies, no pay-back information or proof points the technology would even work. Whether it was distributing poultry feed to turkeys or monitoring school buses to ensure no child was truly “left behind,” these companies were deserving of nomination or selection as award winners. So too with this years crop of nominees that I was privileged to judge. Some were pushing technology some while others were truly on the cutting edge.

You’ll have to watch the Connected World Magazine website to learn about the nominees and winners this year, but as in the past there will be some real ah-ha examples that show with a little bit of innovation and a willingness to take some risks, you too can leverage smart connected assets that change the way you do business.

Why Now Is the Time to Invest in Smart Connected Assets

LNS Research principal analyst Dan Miklovic explains why industrial companies should be looking into the Industrial Internet of Things now, and...

2 Arguments You Need to Consider When Investing in the IIoT

Enough with Uber: Digital Transformation in Manufacturing is Different

LNS Research Principal Analyst, Dan Miklovic advises readers that getting "Uber-ed" in manufacturing is not the way to go, and Digital Transformation...