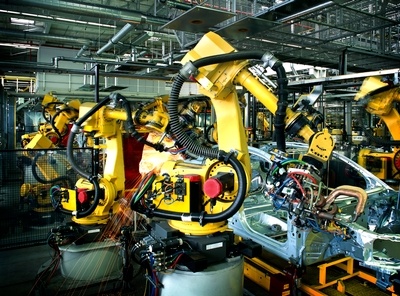 Robotics Outsmarting Themselves at DARPA

During the month of June, the DARPA Robotics Challenge Finals took place in Pomona, California. Each robot was set out to complete a series of rescue scenarios, while being controlled by their human operators off in the distance.

Some of these rescue challenges included driving a car, turning off a valve, drilling out a wall, walking across rubble, and climbing up a flight of stairs. Gill Pratt, head of DARPA Robotics challenge, looks forward to the life of robotics, and the impact it will have on our everyday lives. Pratt said, “These are still the models and I think in coming years, first of all, the most important thing is reliability will go up, prices will go down and we’ll find more and more uses for these types of things. Learn more about the DARPA Robotics Challenge event and upcoming Artificial Intelligence (AI) in this video.

While the 23 teams who competed in the competition enjoyed it, many of them went to the even to win part of the $3.5 million in prizes. Find out more about the competitors and victors here.

On June 29th Cisco released a new Internet of Things (IoT) system and stated that with the combination of their six critical technology elements, or “pillars,” it will decrease the complexity of digitization. Cisco estimates that by 2020 nearly 50 billion devices will be Internet-connected. The company wants to be able to utilize this extensive accessibility, but realizes that there is a certain complexity that could disrupt the growth. This new release of the “Six-Pillar” criteria will be able to address future issues and create for a smooth transiting. The new Cisco IoT System includes network connectivity, fog computing, security, data analytics, application enablement platform, and management and automation. More here...

IBM Taking Over the Weather Forecast?

IBM has recently expressed its interest in natural disasters and the people affected by them. It has partnered with The Weather Company to carry forth this intelligent emergency response software. Doing what IBM does best, it's in the process of creating a “prediction tool” that will be enabled to link live weather forecasts, hyperlocal maps, and the rate of damages to come.

The motive behind this innovative weather rescue idea is posing the question, “How can we further assist emergency response crews when they need the help?” Typically, many emergency response crews don’t realize they need help until the natural catastrophe has gotten then best of them, and it’s too late. By using the IBM tool, they will be able to collect Big Data and distribute it as necessary.

An important part of the software is its capability to predict the damage that will come to a specific area or, more importantly, a building structure.  The president of The Weather Company’ professional division, Mark Gildersleeve expressed his views on this matter. Gildersleeve said, “Everybody sees what’s going on. You’ve quantified the impact. Objectively, what are the areas most under stress?”

The platform is still in the works, but the 50 million Americans who experienced severe thunderstorm warnings this week anxiously await the new emergency assistance software that IBM will provide. To read more on the matter click here..,

Matthew O’Sullivan, Panduit EVP of Industrial Automation Infrastructure business, believes the new system will improve operational uptime. O’Sullivan said, “The proven capabilities of IntraVUE and the expertise of the team will provide our customers with the ability to increase the reliability of their network infrastructure.”

IntraVUE is used globally by industrial controls professionals to assure network uptime for manufacturing plants that use Ethernet technologies. It provides network diagnostic capabilities in addition to real-time visualization and monitoring of the Industrial Ethernet network. To read more on the press release click here...