What EHS Professionals Can Learn from World Cup Setbacks 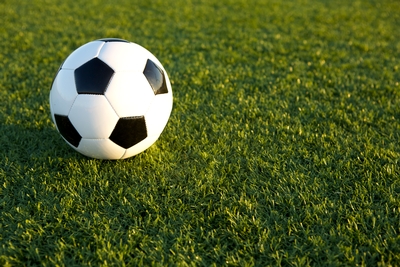 The World Cup commences. What a beautiful time of global kinship and camaraderie mixed with a good dose of national animosity. Every four years we have this great opportunity to support our separate nations and cultural heritages as they vie for the prize, while at the same time coming together with our friends to mark the grandest tournament of the Great Game.

I have no doubt we’re all excited about how the next few weeks will play out, and while we have no intention of raining on the parade, it’s worth noting—given the sheer magnitude of an event like this, second only in scope to something like the Olympics—how things have played out in terms of infrastructure development leading up to this event.

Sure, we’ll probably have a great tournament and everyone will go home fulfilled—winners and losers alike—by simply having been a part of this landmark event. But let’s take this opportunity to look a little closer at the costs (monetary or not) that factor into planning for these events.

There’s been a lot of ink spilled over the fact these games have been rushed, occasionally mismanaged, over time and off budget. That’s fair. Any nation that seeks and achieves the opportunity to host the Cup subdues the initial elation of having won the bid with some sentiment to the effect of “Well, how are we going to do this?”

In Brazil’s case it was no different. They had to promise new stadia, new transit lines, new public infrastructure projects to meet what would be a huge influx of people, teams and expectations.

Early reports suggested Brazil’s infrastructure, planning and record of success—not to mention financial capacity—simply wasn’t there to support a world-class tournament like this. Things might have seemed promising for a time, but at the eleventh hour we still saw a whole host of undelivered results.

But perhaps more importantly, along the line we also saw the sad casualties that accompany that unique convergence of a high-profile event, international expectations, and immovable deadlines.

Tragedy Strikes as Safety Takes a Back Seat

Construction was stopped immediately at a stadium in Itaquerao earlier this year when a worker was killed installing temporary seats. And towards the end of 2013, two more workers were killed when they were instructed to use a crane to lift an enormous roofing assembly. It has been acknowledged that the same roof assembly will not be complete in time for the games. Imagine designing a car for a NASCAR race and saying, "Well, it’s still driveable and probably performs to spec. We just won’t have a roof on in time for the race."

When a test game was held at Itaquerao only a few weeks ago, throngs of public protestors congregated outside the stadium to face riot police and decry, mainly, the nation’s focus on driving the games and their required infrastructure—not to mention the cost associated with all of this—ahead in spite of wretched employment conditions, a weak national economy, and crippling housing and education needs. Alongside those chants came cries for better EHS standards as these infrastructure projects are delivered to an international audience.

And Itaquerao, where at least seven workers have died during stadium construction, is but one of myriad examples of compromised EHS planning and performance since development of the infrastructure of the games began.

EHS and Sustainability as Cornerstones of Project Planning

So, above and beyond the sad casualties we’ve seen as a result of, presumably, expedited schedules in the face of unwavering deadlines, we’ve also witnessed that some World Cup-related infrastructure will actually be "half-built."

Sure, a game of soccer or football or whatever you wish to call it could be hosted in these venues, but did they meet the design specifications on deadline? Do they fully realize a complete end-user—let’s say "customer"—experience? And perhaps most importantly, are they safe? Not just safe for the worker or service technician, but are they safe for the public? This is one of the ways internally assessed EHS starts to play into external safety, CSR and, ultimately, end-to-end sustainability.

In many ways, it’s not too unlike when manufacturers become so focused on key business results while failing to both cultivate a safety-based culture and view EHS performance as a cornerstone of value. On the very top of balance sheets, above bottom-line, dollar-value performance, businesses must always assess the human cost: how many lives were lost in this enterprise? How many were injured? What could we have done better to achieve better health and safety performance?

In this situation, where clear deadlines were spelled out at the onset, worker health and safety should have been a clear factor informing project management and deliverable deadlines. From a quality perspective, it’s not too much unlike an operations or maintenance manager putting health and safety concerns at a back seat to strict deadlines that have to be met in the interest of minimizing cost of product quality. If only safety culture, operational excellence, and end-to-end sustainability drove decision-making and planning in business as much as bottom line costs.

In the end, let’s enjoy the games. But let’s also look at the lessons we can derive from how infrastructure planning was realized in this instance. In the wider sustainability picture, health and safety performance can never take a back seat to meeting deadlines, ensuring quality within those deadlines, and ultimately—in this case—developing a public event. Of course we’re not all hosting world-class sporting events, but in devising project timelines, on however small a scale, first consider something to the effect of the following sentiment: “How can we fulfill this project on time and on budget in way that keeps workers safe and healthy, and operations sustainable?”

Why EHS Management Systems Fail, and What to Do About It

In this monthly Roundup, LNS Research explores recent announcements and events, such as Industrial power companies to get a jolt of offerings from...