The Risks of Neglecting Supply Chain EHS Performance, and 5 Solutions 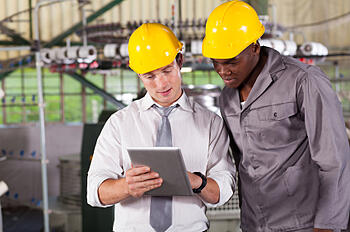 The need to manage environment, health and safety (EHS) performance across our organizations and throughout our global plants has never been more apparent. While considerations of EHS performance were once limited to one organization’s performance within its four walls, things have changed. The increased reliance on supply chains extending across the globe, the visibility and traction afforded by online communications and social media, and the growing need to improve and report on end-to-end sustainability performance are compelling businesses to account for EHS performance across their supply chain.

As EHS regulations and best practices become more comprehensive and expansive, we’re seeing a new imperative in managing EHS supply chain performance. No longer is it acceptable to simply manage EHS performance within your own organization. And a number of high-profile examples in recent years have helped illustrate this trend. However, many global manufacturers are still grappling with how to extend EHS performance visibility beyond their organization and across their supply chain.

Once upon a time, large manufacturers were able to manage EHS performance within their own organizations without much concern for the performance of the vast network of global suppliers they relied on to produce products and manufacture goods. As manufacturers outsourced operations across the globe, they began to rely on low-cost suppliers providing high-volume production with cheap labor, namely in South Asia, Southeast Asia, and China.

And yet, while EHS compliance requirements and best practices in the western world, where many manufactured products were brought to market, grew increasingly stringent, developing economies supporting those manufacturers had comparatively lax (if existent) EHS standards. Companies could get away with this for a time. In spite of often abhorrent labor conditions, frequent work-related deaths, and lax environmental standards among supply chains, there was limited-to-no media coverage of these adverse events, and no social media to build exposure and foster outcry among the buying public. In other words, they had a free ride.

All that has changed in recent years. The sheer pace of social media and the visibility it has afforded to adverse events has caused the negative consequences of these events to ripple up along the supply chain, right to the manufacturer responsible. In tandem, there’s been a swelling trend among news media to cover these events, and to publicly disclose responsible parties accordingly. Further, organizations that adopt sustainability reporting initiatives have been increasingly asked to account for EHS performance above and beyond their organization, right across their supply chain.

As a result, we’ve seen some high-profile instances where large companies bringing products to market in developed economies have had to account for EHS performance across their supply chains. Two recent examples highlight trend.

While it supposedly has made strides in improving supply chain EHS performance following a wake of bad PR, Apple ranks among the most notable examples of supply chain EHS performance gone wrong. Beginning back in 2010, a series of attempted—and frequently successful—suicides by workers at Foxconn’s facility in Longhua in the Shenzhen in Southern China led to widespread media coverage of the wretched and arduous working conditions faced by thousands of employees. Famously, photos of suicide nets installed under company dorm windows made the rounds on social media and gained enormous traction among the buying public.

Foxconn’s Longhua facility represents a substantial part of Apple’s supply chain, where Shenzhen Province’s vast population and cheap labor force once enabled the company to rely on the production of nearly 140,000 iPhones every day from the facility alone.

When news of the attempted and unsuccessful suicides at the plant, as well as the underlying causes behind them, became public knowledge, Apple adherents and opponents alike around the globe were outraged. In the aftermath, Apple was forced to clamp down on worker conditions across its supply chain and invest considerable PR and communications efforts to put out the wildfire of public criticism that followed. The effectiveness of these efforts is yet to be determined, but it is clear this world leader in computing and mobile devices had to invest significant dollars to address public backlash.

Things were not dissimilar in the aftermath of the regrettable 2013 textile factory collapse near Dhaka, Bangladesh, where nearly 1,300 workers were killed, with another 2,500 injured. As efforts to recover those buried in the collapse commenced, pictures began to surface online and across social media of dust-strewn garments on the site that bore the logos of some of North America’s large clothing producers, such as The Gap and Joe Fresh.

In the wake of the public and online backlash, many of the companies affected had to develop new policies for selecting and managing international suppliers from and EHS perspective, and some even committed to providing reparations costs to the families of those lost in the building collapse.

In both of these high-profile instances we have seen large global corporations, used to relying on cheap labor in developing economies with little accountability in terms of supply chain EHS performance, suddenly having to account for and respond to significant adverse events at facilities within their supply chains.

So, how do we proactively account for the possibility such adverse events will arise? We need to extend EHS capabilities across our supply chains.

Getting the most out of Environment Health and Safety Software

This blog post discusses how companies can best leverage investments in environment health and safety software.

Learn about LNS Research's thoughts on and predictions for Enterprise Quality Management Software (EQMS) in 2015.