3 Industrial Internet of Things Predictions for 2015 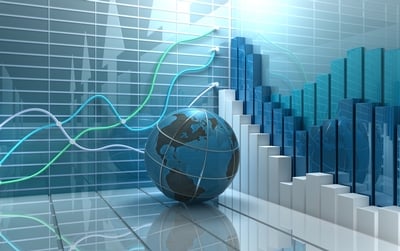 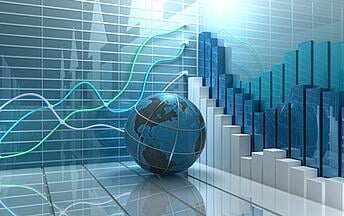 Throughout the year, the Internet of Things (IoT) was a topic that grew across our research areas and came up a lot in our conversations with both vendors and end users. It seems clear that the wide-ranging potential for smart connected products, assets, and even plants has seeped into people's minds. But for many, it's still seen as something long down the road to make serious investment a possibility.

However, the IT architects and creators of standards in IoT have coalesced into consortia that are addressing the technical and logistical aspects of IoT that are still hanging in the balance.

There was also some notable market activity in 2014 in the IoT space with many new products launched, companies acquired, and momentum gained among consortia. All in all, looking back, 2014 may be considered an important year in the cross-section of IoT awareness and capability development. But where does that leave us for 2015? Below, we'll look at three of the major ways we think IoT will impact the year to come.

1. The Emergence of the Industrial IoT Platform

In today’s marketplace, no Industrial IoT Platform vendor can claim a one-stop shop in the industrial space, nor is it even agreed upon what would need to be delivered by a one-stop shop. In 2015 a consensus will emerge as to what should be provided by such an Industrial IoT Platform. Likely this will be around four core capabilities, including: application development, connectivity, analytics, and cloud. In today’s marketplace most vendors can offer two, some may be able to claim three. As new innovation, acquisitions, and partnerships emerge so too will leaders and laggards. There will also be movement in how existing automation and software vendors leverage these platforms to develop new solutions in Quality, EHS, MOM, and APM.

Advances in networking and connectivity technologies, especially with the increasing number of partnerships between traditional IT/Telecom and industrial automation vendors, will enable OEMs and asset owners to offer new services and business models. In industries like machine building, industrial equipment manufacturing, oil field services, and more, there will be a dramatic increase in offerings of remote monitoring and reliability as a service.

As Internet-enabled technologies and analytical capabilities push to the edge of the manufacturing network, new modes of manufacturing will be enabled. This will include the creation of cyber-physical and self-organizing systems that will move away from central orchestration to distributed orchestration. Machines, materials, assets, and people will communicate independently and make local decisions based on connectivity to the larger supply and demand chains that will increase flexibility and enable new modes of manufacturing like mass-customization.

Looking to the Future of IoT

While these three advancements won't mean every industrial company is suddenly up and running with a smart connected infrastructure, there will be an important development to making IoT more accessible and understandable to the market at large. We expect 2015 to be a year of increased investment in IoT technologies as forward-thinking companies explore different applications of the technology, standards architects develop consensus and refine platforms, and solution providers invest and refine IoT-related offerings, jockeying for position on what will surely be a rapidly snowballing economic potential beyond 2015.

Part three of LNS Research's blog series on advancing the Internet of Things in the manufacturing world.

Why a Configurable Approach Speeds Time to Implement MES Software

Learn why today's manufacturers are finding quicker time-to-implement on MOM software through a configurable approach.