IIoT Will Change Our View of CIM; The Purdue Model Is Becoming Dated 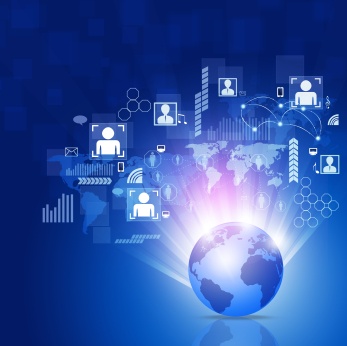 The Industrial Internet of Things (IIoT) is more than just the hype du jour. IoT and IIoT are in the process of radically changing the way manufacturing operates. For more than 20 years the Purdue model of Computer Integrated Manufacturing (CIM) has been the basis of how manufacturing systems have been architected.

This paradigm is now in jeopardy.

However, with the emergence of the IIoT and the concepts of Smart Connected Operations and Smart Connect Assets we see a shift coming to a more peer-to-peer model that represents the way next-generation manufacturing will actually operate.

The hierarchical CIM model was created to illustrate the way computers would change the manufacturing environment in the 1980’s by the Industrial Engineering department at Purdue University. Since computers were essentially information technology, it was a model that showed how information would flow from the shop floor into high-level enterprise business systems. And since it was assumed each layer would concentrate the upward flow of information, it was modeled on a pyramid.

The implication was that the enterprise systems would talk to the execution systems to access aggregated information--which itself was aggregated from the operational systems. The operational systems only gathered information from the sensing systems, which was needed to fulfill both its functional requirements as well as the upwards information flow requested by upper-level systems. The same was true of the execution level systems. The model did not preclude downward information flow, but the assumption was that any downward flows would relate to communicating plans and schedules from the planning application(s) to the scheduling application(s), which would then hand off the schedule to the execution layer for optimization. At each layer there was an inverse relationship between frequency and data volume: At the top layer data volumes were large but frequency was slow, while at the control level the data size was a few bytes but frequency was in the sub-second range.

With the IIoT many of the assumptions made when creating the original CIM Reference Model of a hierarchical data flow are no longer valid. Instead of point-to-point, relatively low speed wired communications channels the IIoT leverages mostly high-speed wireless channels. Instead of discrete component devices that were classed as mainframes, minicomputers, and personal computers, today in the IIoT world we have devices on chip and mobile devices that far exceed the computing power of the largest mini computers of the 1980s. We have moved from an era of proprietary technology that had no communications standards to fully standardized protocols for almost all aspects of communication, although many are still evolving to some degree. In this environment the relevance of the original CIM Reference Model has to be reexamined.

LNS Research’s model for Manufacturing Operations Management, which was an extension of the ISA95 model (that was itself based on the Purdue Model) is still valid from a functionality perspective in that certain processes inherent to manufacturing still are essential to the act of making products or delivering services, but the information flow is far more “cloud like” where any device or application can directly access the information it needs.

It's time to rethink manufacturing architectures in the context of the Internet of Things, Cloud and a mobile workforce comprising digital natives that will not accept rigid hierarchies, preferring the freedom that social networking has enabled. They expect the systems they use in their professional lives to mimic the way the systems they use in their personal lives function. It requires the combined efforts of the provider and user communities to start leveraging the power that Smart Connected Assets and devices deliver to automate the business processes of manufacturing. It also requires maintaining the reliability and security of the older hierarchical systems, but with the flexibility and agility of today’s technology.

LNS Research Analyst Dan Mikolvic explores the importance of change in the industry, and how the Industrial Internet of Things and Smart Connected...

Schneider Electric is embracing the Industrial Internet of Things (IIoT) in the DCS market to potentially change how it operates.