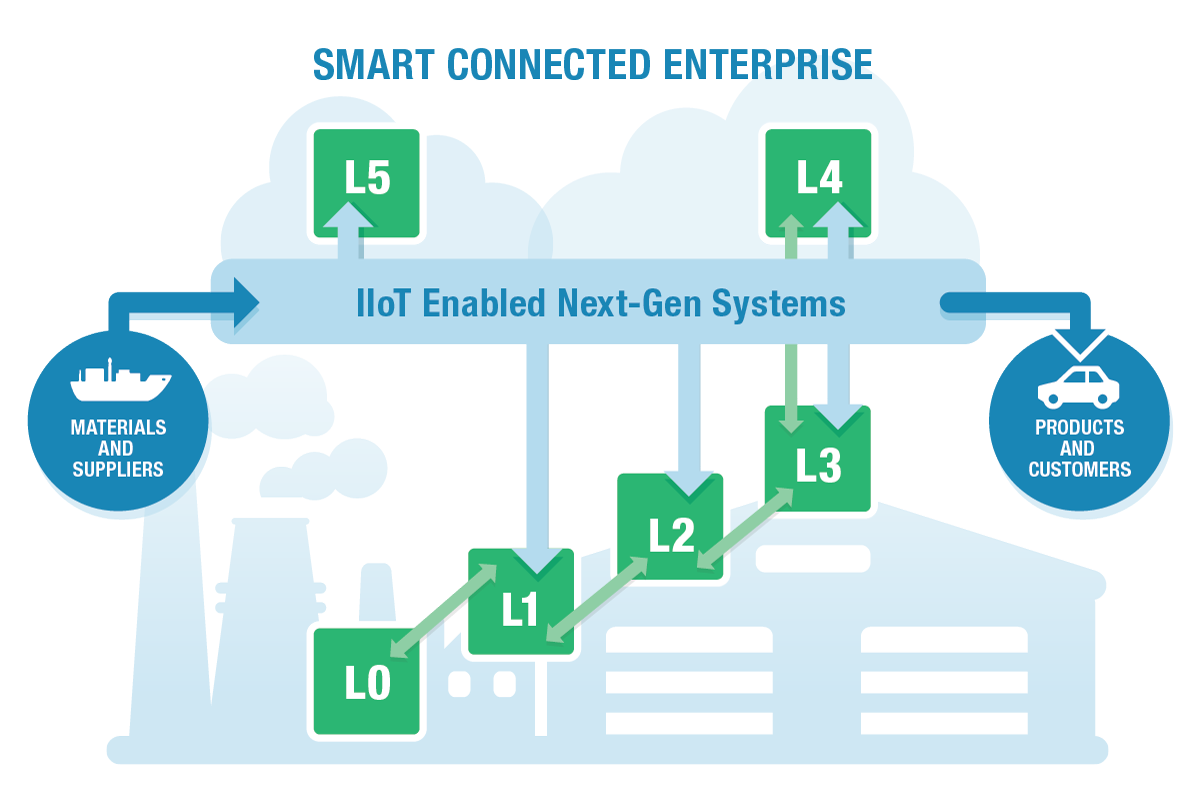 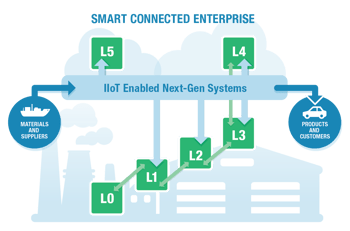 Infor held its user's group meeting in New York City recently for the second time. Infor’s Inforum has been the company’s opportunity to showcase its strategy to the customer base as well as the press and analyst community.

This year’s event was the third LNS has attended, beginning in 2014. At that time, Infor laid out its move to the Cloud, which was relatively forward thinking then. This year Infor used Inforum to review their progress against the rather bold vision they laid out in 2014, as well as to share their view as to “what’s next.”

Infor is usually mentioned as one of the top 3 enterprise software/ERP vendors, commonly compared to SAP and Oracle. Infor is somewhat of an enigma in the industry. It is privately held unlike the other two. Infor grew primarily by acquisition in its early stages, then invested more in product development where the other two relied somewhat more on original development first, then turned to acquisition. Infor has a very differentiated portfolio with clear industry and customer size profiles by product line. If looked at as a continuum, SAP is at one extreme, and Infor defines the other while Oracle sits in the middle.

While it's highly capitalized, publicly held competitors are capturing a lot of attention. Infor often seems to “fly under the radar” when it comes to coverage. This is unfortunate since Infor has consistently shown its vision of the direction enterprise software will take, and its ability to deliver solutions that map to that specific direction is on par with and sometimes ahead of its higher capitalized competitors.

One thing that differentiates Infor is its unique product portfolio targeted to specific industries. It has specific offerings for service industries like Healthcare, Public Sector, and Retail. Although, a substantial part of Infor's customer base comes from the manufacturing sectors in discrete, process, and hybrid industries. Its LN (Baan), SyteLine, and M3 (Intentia Movex) products are augmented by other specialized ERP solutions for the IBM or small business market. Also, Infor has a robust and capable EAM solution (from Datastream) that is competitive against solutions from its ERP competitors, as well as IBM’s Maximo; long an EAM industry benchmark. Infor’s focus on verticals has led to its rollout of multiple “CloudSuites for….” multiple industries, which LNS has highlighted before. At this year’s Inforum, Infor continued to highlight its commitment to industry specific functionality. With Cloud deployment now representing greater than 50% of Infor’s new ERP deals, they have shown that this is the future for both ERP and EAM.

At Inforum Infor introduced Coleman, it’s AI/Machine Learning solution. Named after Katherine Coleman Johnson, NASA mathematician and Presidential Medal of Freedom honoree, Coleman is different than many of the other AI solutions in the market. Most of the competing approaches rely on a horizontal AI solution that is applied against any problem. Coleman is different in that it is embedded as part of the Infor CloudSuite solutions. In most cases, it is included as just a natural extension of the industry-specific functionality that is part of each CloudSuite. There will be some specific AI enabled products that are sold individually such as Demand Planning, but Infor anticipates that these will be less than 20% of the Coleman based solutions. This is distinctly different than many of Infor’s competitors and raises the “table stakes” of what an industry-specific Cloud solution should deliver. One of the key use case areas Infor highlighted was the application of Coleman to asset maintenance activities.

It's not surprising as PdM has been the poster child for both IIoTand analytics case studies for more than three years now, but Infor is upping the ante with Coleman offering the AI/Machine Learning capabilities as part of CloudSuite EAM. LNS sees Infor’s Coleman vision being where its CloudSuite vision was in 2014 – a vision with some real practical starting points, but with much yet to be done. If Infor does with Coleman what it did with CloudSuites, the next several Inforum events should be interesting.

Birst, Part of Infor Yet Separate

Infor also used this year’s event to introduce, Birst, an enterprise BI solution it acquired earlier this year. Unlike many of Infor’s acquisitions which have been subsumed into Infor, Birst is positioned as “Birst, an Infor Company” maintaining its separate identity. Birst is a Cloud-based enterprise BI solution that provides comprehensive analytics and reporting capabilities that directly compete against solutions from SAP, Oracle, and independent BI solutions.

Enterprise BI is not a focus area for LNS, but it is clear to us that when coupled with the Coleman-enabled speech processing capabilities the breadth of Infor's solution portfolio, particularly EAM, Birst is elevating Infor’s competitive position vis-à-vis manufacturing and asset intensive companies. Before this, Infor was capable of meeting the mainstream market requirements, but with Birst and Coleman, EAM and manufacturing specific capabilities have the potential to compete against the best in the market. Unlike Coleman, which is an intrinsic part of CloudSuites, Infor has elected to keep Birst separate so it can serve non-Infor ERP or other application customers.

The only challenge LNS sees with this is that Infor will have to come to grips with pricing. Birst, as it is sold today, carries a palatable price tag for an Infor LN or M3 customer with its Enterprise edition, but SyteLine or Visual Manufacturing customers would more likely opt for the Birst Pro (Professional Edition) at a lower price point. Birst Pro will solve one of the more common SyteLine complaints, the ease of crafting reports since Infor dropped Crystal Reports after its acquisition by SAP. So, Infor will need to be aggressive in positioning Birst properly with the SyteLine, based on the feedback LNS received from the Systeline users at Inforum.

Birst clearly demonstrates Infor’s vision for and commitment to analytics, and since it is already an established business, there are numerous success stories. But, Infor still has work to do to provide the seamless integrated analytics capabilities into their CloudSuites.

Despite having extensive OT functionality including:

These functionalities, combined with several other features, make it a top-to-bottom solution for many manufacturers. Infor’s messaging and go-to-market strategy is decidedly IT centric. It has not embraced the “OT” messaging that its up-market competitors emphasize, nor has it connected with the factory managers like its down-market competitors who shun the IT centric messaging of those large players. Just as Infor defies categorization in the traditional ERP world, it isn’t easy to gauge how it plays in the OT world compared to the automation suppliers. This is most evident in its EAM messaging.

While the vast majority of the OT world and the large ERP players are embracing APM as the term to define analytics, IIoT, and next generation maintenance going forward, Infor seems to cling to the EAM moniker. It has more to offer and can deliver what LNS classifies as APM capabilities. But by sticking with the EAM terminology, it risks being seen as the IT centric work management solution and not the asset integrity and performance tool of choice, leaving players from the OT space to deliver what Infor could have done but never was considered for.

While there was a steady stream of announcements vis-à-vis industry functionality enhancements, some major product announcements, and a Bruno Mars customer appreciation concert, the top 3 points LNS took away from Inforum 2017 were:

• Infor bets big on a Cloud strategy, and it has paid off. By partnering with Amazon and AWS, Infor has been able to outpace many of its traditional competitors and, with AWS, can deliver globally in more industries than other Cloud-only or new-to-Cloud suppliers.

• Infor continues to bolster its analytics prowess, growing not only its Data Science center in Cambridge, MA but by acquiring Birst, adding a platform that is both Cloud-based and user-friendly. Infor is keeping pace with, and in some cases, out pacing competitors but it must provide a seamless integration into the CloudSuite environment and do it soon to maintain that edge.

• Infor’s decision to make Coleman a part of CloudSuites and embed the capabilities as part of the product set will give it an edge, or force others to adopt the same strategy. For AI platform-only providers, the integrated Coleman approach could prove to be an insurmountable obstacle. Of course, Infor needs to make sure Coleman delivers real value, but the LNS assessment is that Infor is up to that challenge if the CloudSuite success is an indicator of Infor’s willingness and capability to deliver.

If Infor can refine its messaging and appeal to the OT community, it is poised to continue to gain customer share and challenge competitors, both up and down market.

M&A Among IIoT and Analytics Firms: What's a User to Think? [MondayMusings]

What is SAP Leonardo? [MondayMusings]