IoT Soars for Success & Are Dow and DuPont Merging? [Roundup] 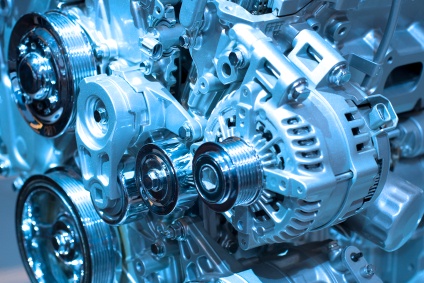 This year the third annual Internet of Things (IoT) World Forum, held by Cisco, takes place in Dubai. Among the keynote speakers at the event, who claim the IoT has been an influencer in a successful business, was Neetan Chopra, Senior Vice President of IT Strategic Services, of Emirates Airlines. He took the opportunity to comment and reflect on how the company has been able to remain as one of the top five largest international airlines.

Chopra spoke in detail about what he depicts as the main reasons the organization has been so successful, including adoption of technology platforms and integrating digitization as an imperative part of current success as well as planning for the future. To read more details about the IoT keynote from Neetan Chopa click here.

A Bond Between Chemicals: Dow & DuPont

Rumors of a potential Dow Chemical and DuPont merger have struck many and left them with mixed emotions. While the stocks of both companies have raised by 12% since the rumors struck, the two manufacturers are looking at a potential $130 billion merger. According to CNBC, if the two companies joined forces the split of manufacturing would be between material sciences and agrochemicals. The two companies refused to comment on the merger. To read more about details behind the rumor click here.

Every year we are blessed with a new generation of the iPhone, or a new competing Samsung phone, the debate over which is ongoing in consumer circles. But while many people wait in long lines extolling the virtues of their preferred brand, there are some that are predicting an eventual end to the technology altogether -- and quicker than you might think.

Ericsson’s research claims that the human population is sprinting towards artificial intelligence each and every day. Based on a survey of 100,000 respondents in 39 countries, people claimed they would welcome artificial intelligence inside their bodies to sustain a constant connection. If this is the case, we will see a boom in the IoT. The study results from people’s desire to part with the physical being of a phone or tablet and move on to something a little less clunky, but more permanent. To read more on the survey and the reason behind why Ericsson estimates the smart device extinction in the next five years click here.

The Extinction of the Tech Bubble

Although many have been worrying about the “tech bubble” bursting, Jeff Immelt, the CEO of General Electric believes that organizations are past the possibility, and does not see a repeat of the 2000 technology disaster.

Immelt believes the technology wave has just begun. Pricing the “app economy” at a whopping $300 billion, he estimates that digital technology will take over the industrial sector and make gains of $8.6 trillion. The reason behind his thinking is that the industrial sector is just beginning to experience the app economy with the industrial internet of things platform and smart connect assets, while the consumer has already had access for over a decade. To read more about Immlet’s predictions for the manufacturing industry and technology advancements click here.

LNS Research Analyst, Dan Miklovic, details how the Forest Products side of the industry stands to gain significant advantages from the adoption of...

Siemens Innovation Day: A New Vision for IIoT and Digitalization