The IoT is Flying High & What Drives the Digital Transformation? [Roundup] 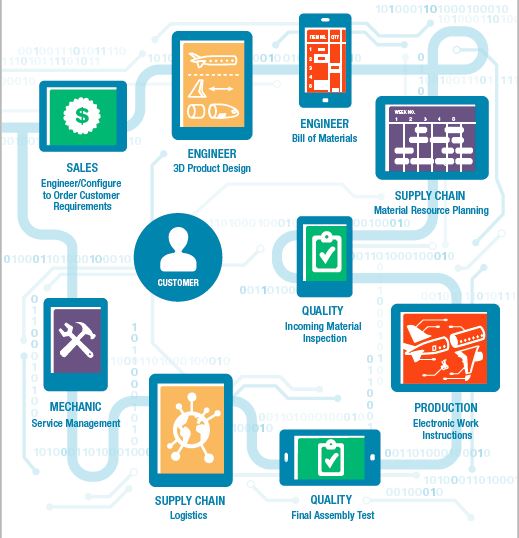 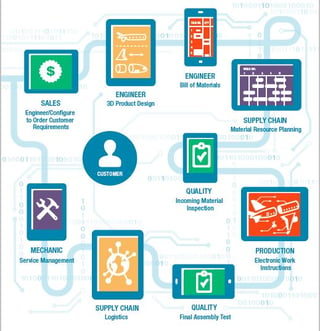 The Digital Transformation: What Drives Success?

The University of Pennsylvania Wharton recently published an article on how truly entering the digital transformation of everything means constant connection through mobility and Smart Connect Assets. Commenting on the it is LNS Research Principal Analyst, Dan Miklovic, as he aligns the transformation industry with the article.

“The organizational issues raised by this article in the University of Pennsylvania Wharton School of Business highlights one of the greatest challenges manufacturers will encounter while embracing Industrial Internet of Things (IIoT), Big Data and Cloud technologies; the people issues. The technology enables digital transformation, the processes instantiate the transformation, but it is the people who will ultimately determine the success of transformation,” said Miklovic. To read more into this article, click here.

The aircraft industry has gained successful results by adopting the Industrial Internet of Thing and Big Data Analytics. It was report that last year at the Paris Air Show that an organization presented a C series jetliner, equipped with Pratt & Whitney’s Geared Turbo Fan (GTF) engine that is capable of generating 10 GB of data per second with its 5,000 sensors.

The valuable data collected from the 5,000 sensors has done much for the aerospace industry, including collecting enough valuable data to drive industry changing results. Some of this data enabled a decrease in fuel use by 10%-15%. With data that drives success, the Internet of Things (IoT) is becoming widely recognized and used in the aircraft industry. To read more on the impacts of aircraft IoT click here.

It’s no surprise the auto industry has suffered in the past year due to faulty manufacturing. Adding to the list of Chrysler, Jeep, and Volkswagen is auto part maker, Takata. It recently announced its president, Stefan Stocker, has resigned since the faulty airbags that led to multiple deaths. Taking over his position will be Chairman Shigehisa Takeda, along with his current responsibilities.

The faulty airbags has led to a recall of a recall of 20 million vehicles with the defect. A report stated that many of these vehicles were made in Mexico by some of the largest automakers in the world, such as General Motors, Honda, and Toyota. The majority of the recalls, and deaths, are from vehicles in the United States. To read more on how the company will be impacted with a change in executives and the approach being taken to correct the faulty airbags click here.

It was announced earlier this week that Tyco, a global fire and security provider, has merged with Johnson Controls, a global multi-industrial company. The mergers will result in Johnson holding nearly 56% of the shares, while Tyco will hold approximately 44%.

The organizations look forward to the merger bringing new opportunity and success in the combined space. The Johnson press release stated that the two hope to bring together its products, technology, and services abilities to controls, power solutions, energy storage, security, fire, and HVAC. By bringing these capabilities to the table, the organizations intend to service to commercial buildings, retail, industrial, and more various end-markets. To read more about the plan set ahead for the merging organizations click here.

NEW Research Spotlight on strategies and recommendations for minimizing risk through a migration away from monolithic, single-plant MOM architectures through exploration of Cloud and IIoT technologies that are advancing in manufacturing today.