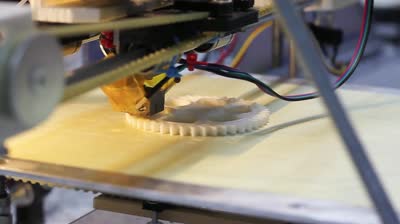 With additive manufacturing (AM) taking the manufacturing industry by storm, Alcoa decided to invest $60 million into expanding its 3D manufacturing capabilities. The 3D technology the company is spending on is at a technical center in western Pennsylvania.

The Upper Burrell Township center will expand to accommodate Alcoa’s new technology that will utilize 3D printers to create parts, referred to as Ampliforge processes. Klaus Kleinfeld, Alcoa’s chairman and chief executive officer commented on the expansion saying, “Alcoa is investing in the next generation of 3D printing for aerospace and beyond.”

Although the new additive manufacturing program will mostly create the produce the parts, other forms of traditional manufacturing will be used to complete it. To read more about Alcoa’s plans to invest and expend its 3D printing technology click here.

The Internet of Things (Underwater)

Project Sunrise, powered by the EU, is attempting to take the Internet of Things (IoT) to a whole new (sea) level. With a budget of €4 million, the University of La Sapienza in Rome will guide and coordinate the research and technology.

The project took interest because it only makes sense when the earth in covered in over 70% of water. As many people know it is difficult to get a wifi signal when you’re in an underground garage, let alone the ocean. With the IoT capabilities in mind, researchers have decided upon a more suitable approach to maintain steadily transmitted signals underwater. They will use sound waves, instead of radio waves, to transmit data.

The idea of sound waves came from a simple minded way of thinking, what can “survive” underwater and still communicate? Whales. To find out more how Project Sunrise will utilize and imitate the same sound intelligence as whales to expand the landscape of the IoT click here.

Textile Plant to Open in Cincinnati

The co-owners of Legend Sportswear Pty Ltd, Dr. Tan Kek Looi and Min Qi, are excited to expand the reach of the textile plant to 80 new employees, and invest $1.4 million into the new facility. “I want to brand Legend in the U.S.A., and then take it to China, and I have all the confidence that the Ohio team will make Legend famous,” Looi said. Ohio was chosen as the location, above California and Oregon. To read more about the building of the textile plant, the same one Nike uses, click here.

The EU has approved GE to purchase Alstom, the French energy company, for €12 billion. Previously to the GE acquisition, Alstom had agreed to sell some of their assets to an Italian opposing company. The EU anti-trust regulators were unsure of parting with the company and leaving it in the hands of GE. To the EU, this buyout could have meant the U.S. would have been left as the leader in gas-turbine sectors. GE and Siemens would be the largest companies left in this market.

Mark Hutchinson, the GE executive heading the Alstom buyout said, “We are very happy with this decision. We wanted to preserve the economic rationale for this transaction. We believe we have achieved that.” To find out more about the challenges and key deciding factors that played into the GE-Alstom acquisition, click here.

9 Uses for Enterprise IT and MOM Software in Manufacturing Strategy

Learn how companies are making progress toward business and manufacturing goals with the use of manufacturing operations technology.

LNS Research details the recent events such as, GE partnering with PTC to generate the most efficient Brilliant Manufacturing Suite, Alcoa dividing...