The IoT is Returning Tangible Benefits in Industrial Energy Management 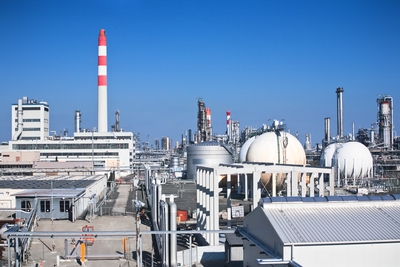 One of the most frequent questions raised when discussing the Internet of Things (IoT) is: “what are the real benefits?” Benefits may come in many forms, but professionals tend to find hard-dollar savings the most validating. And two very closely related areas where hard-dollar savings have been gained using the IoT and machine-to-machine (M2M) technology are Industrial Energy Management (IEM) and Asset Performance Management (APM).

Over the past several months LNS Research analysts have attended a number of user group meetings where the IoT and analytics, combined, have been the subject of numerous presentations that document the hard-dollar savings that companies can achieve in the area of energy reduction, often in conjunction with emission reductions which means that they not only are saving money but improving their sustainability profile.

In this post, we'll share several examples of efforts being made on the solutions provider front to bring together the IoT, APM, and IEM, as well as several real-life examples of this trio in action.

Not unexpectedly, automation and control vendors like Emerson Process Management, Schneider, and GE Intelligent Platforms all have the IoT as part of their strategy going forward and each has held user group meetings over the last couple of months. At each of these events there have been compelling examples of how companies are leveraging the increased information the IoT provides and analytics to improve their energy and other utility efficiency.

At Schneider’s Software Global Customer Conference, one of the Schneider Electric Open contest winners (for best/most impactful business results) was Aena for 'Smart City Management' of 46 Airports across Spain, using the Wonderware System Platform. This was an example of integration of over 1 million different signals coming from a myriad of sub-systems being effectively managed in a common way to ensure uptime, security, and energy efficiency. International Paper’s story on improving energy efficiency by integrating sensor-based information in combination with SimSci, Schneider’s advanced process control software, was another example of leveraging data and analytics.

At the Emerson Global User Exchange there were examples such as the session on "Enabling Water & Energy Reductions Through Expanded Utility Metering" presented by the system integrator and Emerson on how they implemented an energy management project for a major beverage manufacturer. The team’s challenge was to implement a facility-wide monitoring system that included monitoring steam, condensate, water, liquid ammonia, and plant air that span four separate business units. A Peruvian mining company presented on how they were able to control the total load of air used on their processes, mainly on flotation cells while reducing the amount of energy used to pump the air into the plant. Savings are not just possible in energy reductions. In many cases other utility savings are possible as well. The Galloway Company, a dairy firm saved $120,000 annually in sewer costs by increasing the reliability and accuracy of measurement with modern connected technology.

At the GE Intelligent Platforms 2014 User Summit there were also numerous examples of how companies have used GE’s SmartSignal and CSense products to process data from IoT-connected sensors to improve energy and utility performance. From Jeff Immelt’s keynote address to individual breakout sessions featuring speakers from companies like Kimberly Clark, Summer Garden Foods, Duke Energy, and GE Transportation and GE’s jet engine group, there were examples on how they are using the data available from the IoT with the analytic capabilities of CSense and SmartSignal to save not just millions but billions of dollars.

It is clear from all the examples from these recent user group meetings that the automation and control vendors have focused on IEM as a key area to showcase the power of the IoT.

Automation and control vendors do not have exclusive claim to the power of the IoT. Enterprise software vendors like Infor at their Inforum event demonstrated the power increased data availability created by the IoT coupled with analytics to help users improve energy performance.

One such presentation was by the Des Moines Water Reclamation Authority (WRA). Des Moines WRA has been on a multi-year journey to leverage the Infor Enterprise EAM application to both reduce maintenance costs but more importantly to save energy. A 2011 PlantServices article documented Des Moines WRA early energy savings results. As the IoT has become more ubiquitous and Des Moines WRA has expanded its use of data and analytics, its results have grown significantly. We have documented these efforts as well as results in a case study just published to the LNS IEM research library.