Evolution Is a Never Ending Continuous Improvement Cycle; ERP Is No Different 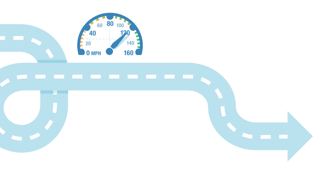 Charles Darwin first espoused the theory of evolution by natural selection in 1859 in his book “On the Origin of Species” to explain biological changes over several generations. In the software, automation, and systems world we talk a lot about evolution and generations, hence terms like Industrie 4.0 reflecting the fourth generation of industrial technology, or next generation XYZ, be it MES, Enterprise Resource Planning ((ERP) or others.

ERP has been Evolving for More Than 50 Years

While the term ERP is slightly over 20 years old, the reality is that the business systems used to manage manufacturing first emerged in the 1960’s. Planning production in manufacturing operations was initially done on mainframe computers and led to the creation of Materials Requirements Planning (MRP) in the 1970’s. MRP allowed companies to use their order backlog and the product design information to plan component and material consumption based on anticipated lead times. In the 1980’s Manufacturing Resource Planning (MRP II) became the second generation of planning technology. MRP II went beyond the parts and materials planning to look across the manufacturing value stream to schedule the production machinery, employees/labor and report productivity. The third generation was called ERP as financial systems, order entry and purchasing functionality was integrated into the basic planning capabilities of MRP II.

The ERP acronym was introduced into the market by research firm Gartner Group in the mid 1990’s, and effectively became the third generation of manufacturing business systems. Since that time ERP has expanded functionality to include supply chain planning, product lifecycle management, customer relationship management, asset maintenance, and even shop floor management and scheduling capabilities. In many respects ERP has become its own definition; a self-fulfilling prophecy of sorts. Once a company has been seen as an ERP provider by bringing together a sufficient mass of functionality anything it adds to the functional profile becomes part of the ERP solution. This is why today many ERP applications have quality, asset performance management (APM), environmental, health and safety (EHS) and manufacturing execution or operations management (MES/MOM) functionality.

The platforms on which the functionality has been delivered have contributed to the evolution of ERP, as well. Initially a mainframe solution in the 1990’s, ERP became widely deployed in a client-server architecture. In the first decade of this millennia software as a service (SaaS) deployments and now Cloud delivery have also become normal deployment models. In each evolutionary stage that increased computing power led to greater functionality which demanded even greater computing power. As functionality expanded reliability became critical but as Cloud platforms emerged that provided as high or higher reliability than on premise deployments and at better price points.

Up until now ERP has grown its functional footprint more in the transactional realm than on the shop floor. Until recently, most multi-national companies that wanted a large corporate-wide ERP platform either had robust MES systems to manage the plant floor in real time or, deployed a two-tier ERP approach with a more limited functionality ERP deployed at the facility level which then fed the larger corporate-level ERP at headquarters. While some ERP providers have been deployed in the Cloud for a while, LNS Research sees the move by the major ERP providers like SAP, Oracle, Infor, and Microsoft to deploy on Cloud-based platforms as beginning the next evolutionary step. Most of the providers are moving functionality incrementally, to maintain support for their installed base, yet are offering incentives to move to Cloud-based future systems; such as new functionality, better support and upgrade paths, and in doing so are showing the evolutionary path forward.

One of the key new functional capabilities that the ERP provider community is adding is analytics that can be applied to addressing a host of manufacturing challenges ranging from predictive maintenance to productivity enhancement. As added data about what is happening on the plant floor becomes widely available through the growth of the Industrial Internet of Things (IIoT), the ability to analyze and solve manufacturing problems will drive many companies to rethink their entire operational architecture. However, for all this to work users will need to migrate to an architecture that provides not only the tools and capacity to use the predictive power and the data IIoT will make available, but a whole new data model. This new data model must embraces unstructured data as fully as the structured data that exists in ERP today. Additionally, the ability to use the unstructured and semi-structured data, such as that in data historians, will drive the winners in the race to become the foundation of a next generation ERP environment.

In upcoming blog posts LNS Research will layout what we see as the new Operational Architecture in a more seamless environment where ERP, MES/MOM, APM EQMS, EHS and Energy Management/Sustainability all continue to blur the lines separating them.