Don’t Forget About EAM When Building out Your APM Architecture 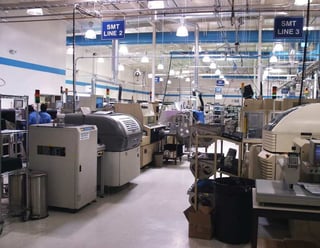 I've been blogging a lot lately about the Industrial Internet of things (IIoT), Smart Connected Devices and the value of predictive analytics vis-à-vis Asset Performance Management (APM). This has led to a focus on automation companies and traditional condition-based and reliability centered maintenance (CBM/RCM) providers. IFS and SAP have their annual user group meetings in the next couple of weeks and so does Advoco, a major Infor services provider in the maintenance field--their first. IBM had a Maximo tract at the recent Interconnect event, and with a major third party hosting an SAP maintenance conference just last month this points to something that's pretty obvious, and it's that enterprise asset management (EAM) is still a key APM application for many businesses.

EAM Viewed as a Critical Application by Many Users

While we are building to a statistically significant sample size on our APM user survey, early analysis of the responses shows some interesting data. The largest groups of respondents (39%) consider automation, EAM, and specialty APM vendors equally important in the success of their APM initiatives. While 14% consider their EAM provider most important, 11% consider their EAM vendor with either their automation or specialty APM provider equally important, and only 14% consider their EAM provider least important to their success. EAM and computerized maintenance management systems (CMMS) are fairly widely implemented as well. The data shows 23% of users have an EAM or CMMS already implemented while 20% plan to implement an EAM system in the next year.

Just What Is EAM?

When I introduced the term EAM into the market 16+ years ago (as an analyst at another research company) I originally defined EAM as ERP (enterprise resource planning) for asset intensive industries that did not employ traditional MRP II production planning functionality. It was the combining of financials, human resources (HR) and CMMS to provide a single integrated solution instead of interfacing a CMMS to those systems. It also implied scalability across the entire enterprise with the ability to support very large numbers of users. As CMMS vendors began to improve their ability to integrate to those other applications, provided standardized integration to those packages, and also became equally scalable as the EAM solutions, they became included in the market as well. Over time, as with ERP, what is considered EAM has expanded. As the major vendors in the EAM space, who also offer ERP functionality such as Infor, Oracle and SAP have integrated their packages and included supply chain, product design, automation integration and now predictive analytics defining the scope of EAM is no longer a simple matter.

For some users, with the expanded functionality described above, an EAM solution provider may be able to provide all the functionality the business is ready to implement at their current level of sophistication and APM maturity. For those enterprises that either have minimal RCM needs or have the in-house skills to take a more generalized analysis tool can leverage the predictive capabilities provided by the ERP/EAM vendors. IBM also is now providing predictive maintenance tools so the top four EAM solution providers all have something to offer. EAM is no longer just a work scheduling and tracking application with spare parts management. It has grown to become a comprehensive APM element.

Starting Up 2016: A Recap of Our Research Agendas and Focus for the Year

LNS Research lays out our 2016 research agendas and areas of coverage for the new year.