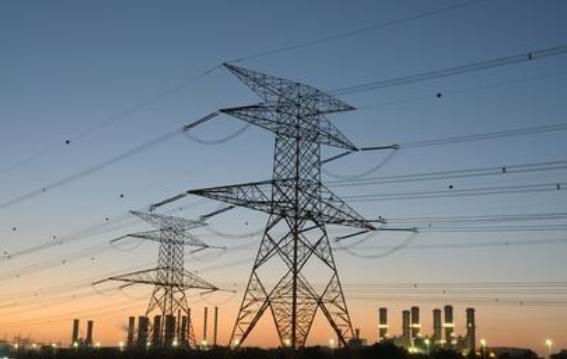 Schneider Electric gathered almost 300 users of its enterprise Asset Performance Management (APM) software products and its EBS energy management package together for the Software Users Conference in Chicago the week of October 19th.

This was the first user group meeting that combined the users of the InStep products that Schneider Electric acquired just about one year ago and its Avantis users. For Avantis users, this was the thirtieth such meeting, but the first that brought the opportunity to delve into the PRiSM, eDNA, and EBS products that originated with InStep. Schneider Electric used the event to not only lay out a path forward for the combined power of the two portfolios, but to explain the potential impact of the pending transaction with AVEVA that it announced in July of this year.

As noted above Schneider Electric announced in July of this year a transaction that essentially spins out the software assets and merges them into AVEVA, one of the industry's major physical plant design software firms, with Schneider Electric securing a majority stake of AVEVA. The transaction is somewhat complicated and still must secure both regulatory and shareholder approval before it can be consummated. If successful, we believe the new entity will emerge as the only company that has the capability to deliver the software, and much of the hardware, that is used to envision, design, construct, operate and maintain large physical asset intensive plants such as utilities, both in generation, transmission, and distribution as well as other asset intensive industries, such as oil and gas or petrochemicals. Competitors have some of the capabilities but no other company would solely possess the full range of solutions that the AVEVA deal creates.

Schneider Electric management was careful to emphasize that the deal is still pending and while the potential is very beneficial to the user community, that if it fails to be consummated users still have a lot to gain from the existing investments Schneider Electric has made via the acquisition of InStep, Invensys, and other businesses.

Through its acquisition of Invensys Schneider Electric added Avantis, a powerful Enterprise Asset Management (EAM) product to its portfolio of SCADA and control software solutions. Avantis was part of the Invensys organization and had leveraged linkages with the Wonderware data historian and delivered an application, Condition Manager, for doing condition-based maintenance (CBM) analysis, albeit in a simplified form. InStep brought to the table an enterprise historian eDNA and more importantly, PRiSM, a powerful and very easy-to-configure predictive asset analytics modeling tool.

PRiSM brings the ability to do not only sophisticated predictive maintenance (PdM) but also risk-based maintenance to most organizations since it is a very user friendly and easily configured tool to perform rich and detailed analysis and diagnosis of equipment problems. EBS is an Industrial Energy Management (IEM) solution that InStep also brought with it and the EBS user community was well represented at the event.

Schneider Electric did a good job of soliciting end users to deliver some very interesting case studies on how they were leveraging all of the various products represented at the conference. Since InStep’s roots are in the utility industry many of the use cases came from power companies and hopefully as Schneider Electric grows PRiSM’s footprint future events will have success stories from a greater variety of industries. Schneider Electric spent a fair amount of time outlining its future plans and laying out what it considers its four strategic initiatives going forward:

It revealed roadmaps for the products that clearly demonstrate Schneider Electric is committed to delivery via Cloud technology, will continue to build upon its support of mobile platforms in new releases of all products and clearly believes the Industrial Internet of Things (IIoT) will drive the application of Big Data and predictive analytics. There is very close alignment between LNS Research’s position that Smart Connected Assets will change business models and Schneider Electric’s view of what it calls Enterprise APM.

The keynote speaker from outside of Schneider Electric was Caglayan Arkan, GM Worldwide for Microsoft’s Manufacturing and Resources Business. His presentation was about digital transformation and specifically about Azure, Microsoft’s Cloud solution. He emphasized the security as well as data protection and privacy that Microsoft has built into Azure, which is important to Schneider Electric customers that are looking to use the company's future Cloud-based versions that will be forthcoming in 2016 and beyond.

Schneider Electric has compiled a highly complementary portfolio of solutions in the APM and IEM space. The company appears committed to bringing them together and delivering integrated solutions that will position it well in the manufacturing and asset intensive industries. While the AVEVA deal is still not a “sure thing” it is clear it is being done for strategic reasons, although failure to consummate the deal will not seriously detract from Schneider Electric’s overall strategy. We would like to see some better market positioning as competitors have introduced some compelling go-to-market messaging, but Schneider Electric is committed to employing advancing technology such as the IIoT, Cloud, mobility solutions, and Big Data; the company is just not being vocal enough about it.