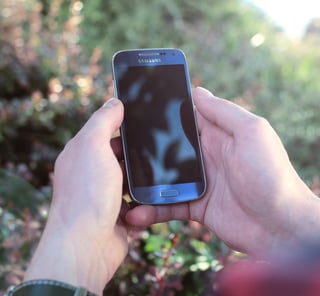 Samsung Plans on $7.47B Manufacturing Increase

Looking toward the future, Samsung has plans to spend $7.47 billion on the manufacturing of a flexible display screen for phones. The flexible screen, organic light emitting diode (OLED), will be manufactured to bend to the design of the specific device, including Apple devices.

A South Korean publication reported that the contract between Apple and Samsung is “basically finalized.” According to the report, Apple intends to move away from low-temperature poly-silicon (LTPS) and liquid crystal display (LCD) to the flexible OLED model. The production, which is expected to reach the market in 2018, will ring up $2.49 billion to $3.32 billion on plant and equipment this year. To read more about the cost of manufacturing the flexible OLED screens click here.

On January 12th Aspen Technology, Inc, a software seller focused primarily on the process industries, announced its intention to buy KBC Advanced Technologies, plc, a long-time consultant in this space (refining and petrochemicals), in an all cash transaction of $230M. It expects to close in the first quarter of 2016.

Commenting on the acquisition is LNS Research Principal Analyst, Andrew Hughes, leader of our Manufacturing Operations Management practice, who said, “The attraction for AspenTech is that KBC goes far beyond implementation in its consulting business. It has become a trusted advisor at C Level in many of its customers, working on operational issues, company organization and longer term strategy. KBC is known for its high end consultants.”

Furthermore he stated, “Both AspenTech and KBC customers should benefit from the synergies that will be delivered by this acquisition. The long term should deliver more value than the two separate companies could. We hope that AspenTech grows its commitment to the high end consulting offered by KBC more than it did to its traditional services business.” To read more on this click here.

General Electric (GE) has announced it will be moving its headquarters to Boston, MA from Fairfield, CT. The move is said to bring nearly 800 jobs to the Seaport District.

Jeffrey Immelt, GE’s CEO, stated that the company wanted to be in an area where it could embrace the surroundings. Immelt said, “We want to be at the center of an ecosystem that shares our aspirations,” referring to Boston’s tech-attraction. GE is in the transition of adopting power and clean energy, health sciences, and aviation as industrial areas of focus. To read more details on the company’s future move click here.

Cisco Is Just As Concerned About the Cloud

Cisco has released a statement for the new product Cloud Consumption as a Service, for users to gain visibility into cloud usage. The service is said to eliminate any IT Shadows companies may be faced with.

According to the announcement, the organization created the service as a way for companies to gain visibility into its overall cloud usage, and when combined with benchmarking and Big Data Analytics, can reduce security concerns and drive business decisions. Cisco claims this will help companies decide on appropriate cloud services, and gain control over the risk associated with adopting unfamiliar or public cloud services. To read more on Cloud Consumption as a Service, and about the companies who have already used it click here.