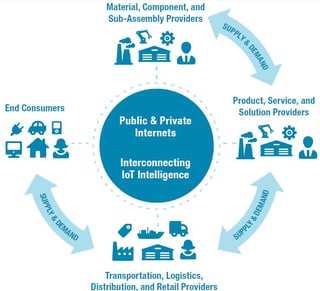 If the recent holiday craze over hoverboards has proved anything, it’s that not all "great ideas" are actually great ideas...

Between broken bones, unexpected fire incidents, and a new TSA restriction, the question of compatibility and standards has been brought to light. Due to poor manufacturing and the lack of risk management of the product, many retailers have discontinued all sales of hoverboards and eliminated the possibility of being liable for selling a faulty and dangerous product.

According to LNS Research Principal Analyst, Dan Miklovic, “Sometimes it takes an analogy to make a point that people can actually relate to. Best practices and standards have a real role in defining your Operational Architecture going forward. As companies look to deploy new technology to support their own Digital Transformation they need to ensure they don’t buy into an approach that leaves them with last years’ hoverboard." To read more on how hoverboards set the example that proves the need for standards, click here.

FANUC Corporation is well known for manufacturing industrial robotics used for automation on the plant floor. Recently, the company announced that it will enable its connectivity with its custom Industrial Internet of Things (IIoT) network platform -- the FANUC Intelligent Edge Link and Drive (FIELD) system -- to connect with control machines, robotics, and Smart Connected Assets, to optimize manufacturing with the use of Big Data Analytics.

The Japanese industrial robot maker will work closely with Cisco as well as Rockwell Automation, which just announced its newest CEO, to build the network platform to connect the machines and devices that will improve reliability, quality, and ultimately Overall Equipment Effectiveness (OEE). Cisco and Rockwell Automation are said to provide network enterprise to FANUC’s new system, while a machine learning start-up, Preferred Network, will also have a hand in building the platform as well with its knowledge of deep machine learning. To read more about the network platform form collaboration click here.

A recent article in Environmental Leader highlights how tech company HP has committed to powering its global operations with 100 percent renewable energy. To help reach this goal, HP has joined companies such as Unilever, Starbucks, Google, Johnson & Johnson, and SAP as member of RE100, a global initiative of top businesses committed to 100 percent renewable electricity.

Led by The Climate Group, in partnership with CDP, RE100 helps businesses transition to renewable energy sources and accelerate the transformation of the global energy market to a low carbon economy. Nate Hurst, HP's Chief Sustainability & Social Impact Officer commented on the role of this initiative in integrating sustainability into its core business: "As we continue to reinvent a more sustainable business and society, both cost-effective and low carbon sources of energy are essential to the future and the growth of HP's business. This commitment is guided by our belief in a world where technology and sustainability can combine to become a powerful force for innovation, helping reinvent how businesses, communities, and individuals can thrive." Click here to read more.

Emerson Electric has recently spent time reevaluating its business units to gain a stronger concentration of its industrial automation business and commercial and residential air conditioning and heating. Recently the company announced the sale of its Motors and Drives unit, which is said to be valued at up to $800M.

In attempts to further reorganize the company, Emerson filed with the U.S Securities and Exchange Commission to extend its Network Power business unit into what will be called Vertiv. Emerson’s Executive Vice President and Business leader is said to be named the President and CEO of the anticipated Vertiv. To read more about what’s to come for Emerson in 2016 click here.

In this weekly Roundup, LNS Research explores recent announcements and events, such as a biotech company uses Predictive Analytics for farming;...

In this weekly Roundup, LNS Research explores recent announcements and events, such as C3 IoT raised $70 million in equity financing; an IoT bill...