Quality, EHS, Risk, and Beyond with EtQ 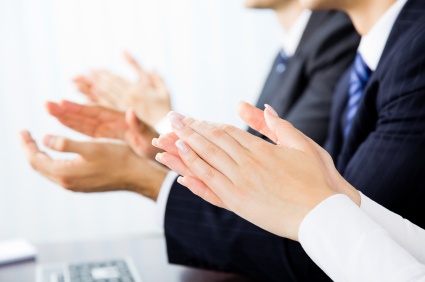 EtQ’s 2015 User Conference took place from October 12-14 in the oasis that is the Sheraton Wild Pass Resort, just south of Phoenix, AZ. As record-threatening October temperatures soared, around 350 attendees convened for the three-day event. The attraction pertained to product news, interactive workshops, and partner and customer presentations.It was followed by some attendees staying on for technical and advanced system training through an additional two days.

Perhaps it was the location or the relaxed “family” feel that the EtQ team exudes, but there was an ease and flow around proceedings that belied the fact that some of the most recognizable brands in the world were present. Registration was managed entirely by a swiftly configured tool in EtQ’s Reliance™ platform. LNS Research was told that it was an initiative to leverage the company's own platform to improve efficiency within the process. More on the Reliance platform later, as in this post, we’ll inspect the top elements of the event and provide some of LNS Research's perspective on the company's direction for 2016 and beyond.

It was in keeping with the relaxed event feel that Glenn McCarty, ex-auditor, co-founder, and EtQ CEO took the stage and shared the EtQ vision. The vision consisted of EtQ to continuously innovate and deliver on the promise of a “single continuous compliance platform” that meets the needs of existing core business paradigms. These paradigms include, but are not limited to, quality, regulatory, supply chain, operational risk management, sustainability and environment, health & safety (EHS). McCarty stated that in addition to customer-driven innovation, EtQ is committed to delivering on the technical front. Cloud, mobile, and analytics were cited as examples of shifts having been delivered with advanced integration, and the Internet of Things (IoT) described as in-play for Reliance 2016.

McCarty displayed confidence and pride in the organic growth of EtQ. He shared that the company had maintained a 25% compound annual growth rate (CAGR), and was poised to disrupt beyond the existing enterprise offering Reliance and the small to medium business (SMB) offering ‘VERSE Solution™’. The VERSE Solution is an out-of-the-box core quality process based product, constrained version of the Reliance platform with subscription pricing to suit.

The Reliance platform has supported core EHS processes (Incidents, JHA, Audits etc.) for years according to McCarty, but significant investment and time has been (and continues to be) dedicated to deeper functionality. This is to meet the market demand for integrated solutions and, where necessary, for the EHS solution to stand on its own. Permits, emissions, GHG, waste, and other key areas will be improved or be introduced in the next few release cycles. Where possible, given the flexibility of the Reliance platform to build workflows, design and configuration blueprints will be made available earlier to accelerate availability. Key partnerships have been solidified to deliver on this today and in the future, he ebulliently announced. The QEHS market demands this shift and there’s evidence many existing customers have taken matters into their own hands to do what they need in Reliance, which is testament to the platform, but the challenge for McCarty and his team is to solidify final modules that are available out-of-the-box for new customers within a finite window of opportunity, i.e. in the next major release or soon thereafter.

It was no surprise that in addition to some Quality, EHS, and Risk Management leaders, a significant proportion of attendees were more of technical personas. These IT professionals are charged with delivering and supporting solutions for enterprise quality, EHS, operational risk management, and more. There was a good balance between the mature deployment state (some exceeding a decade or more) and those in either their first 12 months or even the design and configuration phase. Both profiles and those in between were catered with insight regarding the direction of EtQ. Risk Management, IoT, and simplified open integration in all directions were strong topics. A surprising lag in localization approach (multi-language) was addressed with the introduction of a new, more efficient translation upload and management tool. A reduction in overhead was appreciated by all with end-users outside of single language deployments/regions.

The most significant directional boost, however, was the aggressive pursuit of the more specialist areas of EHS & Sustainability. The Reliance platform is considered already capable of being configured for incidents and other processes that overlap with core quality processes like document management, audit, non-conformance and CAPA but with EtQ’s distinctive competence established here, the next wave is to attack the air, waste, water, legal requirements, permitting, GHG, and sustainability market.

Appropriately, partners have been engaged for some time in establishing what modules should look like for a successful long-term offering here. Some partnerships are newer than others but the notable appearance of AECOM (presence in 150+ countries) and Trinity Consultants (40+ location in US, UK, China, and Middle East) on the list shows solid planning and commitment.

These partnerships promise to deliver deep insight with regard to the complexities in EHS. Therefore, the fit is good and the intention clear. LNS Research predicts a tangible acceleration in the functionality targeted. The big question is whether EtQ can deliver on the reporting across multiple schemes for emissions, manage the complex calculations and transitions from one jurisdiction to the next, all while ensuring rigor and visibility on the contributing factors (and sources) in time to capitalize.

Reliance is a platform for EQMS and beyond. Indeed, in v12 (latest major release) it is capable of meeting a broad spectrum of needs as demonstrated by three very different examples; the first, a globally recognized airline in the final stages of merging, identifying EtQ as one of the best enterprise systems in the merger technology audit. It is used for managing safety and risk globally. The second is a consumer packaged goods (CPG) powerhouse with 5 x $1B brands that have met end users’ needs for almost 30 QHS&E processes and a team that cannot keep up with demand for roll-out. The third example is a modest specialty duck farming organization with food safety and quality demands on a very different scale.

The challenge might be interpreted as being that with such a spectrum of flexibility, how does one get started with a new process or module without falling into a never-ending requirements and configuration tailspin? Perhaps this is one reason for the high level of overall attendance at the event and at the subsequent training. The capabilities, however, are also the basis for the idea of leveraging customer and partner efforts to provide “Starter Packs.” The starter pack is essentially documentation and guidance that provides the blueprint for a new module or process that can be built based on EtQ’s, its partners,’ or even a customer’s design for addressing a specific process —for example —waste management. The design includes interoperability with existing tools like documentation, audit, and/or CAPA. Blueprints that can also be linked to the mobile designer, meaning traditional boundaries are burst there too.

The LNS Research Take: What it Means for Customers and Prospects

The atmosphere of the event was as stated: relaxed and disgruntled customers were not evident despite best efforts to uncover one or two. Challenges of a technical nature were raised in some sessions and generally extinguished with platform capability, and in some case—like specifics for FDA Adverse Event Reporting System (FAERS) —openly accepted as a gap for the time being and a future element for the roadmap. What stood out was the significant desire to learn from one another and how to leverage the power of Reliance. Invitation to the event is a privilege reserved for Reliance customers only and not something aimed at or available to VERSE customers something to consider if an enterprise is thinking of opting for the cut-down solution.

EtQ continues to demonstrate its distinctive competence in EQMS and more. The platform caters to customer innovation and has opened doors to faster delivery by EtQ. The push to provide for the more complex elements in EHS & Sustainability is measured and has some existing customers looking to usurp existing solutions with EtQ if they get the chance. It is clear that EtQ does not intend to acquire its way into hardcore EHS & Sustainability, and while this means more administrator configuration as the formal modules are built out, it also signifies a long-term commitment. Time will tell if this is the beginning of the fight-back from Q into EHS that we have seen for some time in the opposite direction. EtQ Reliance should be considered by larger organizations looking to deploy EQMS or integrated EHS&Q solutions. This product is not for the SMB market but the Verse Solution may be a fit. Potential customers should ensure that they have the resource to support a Reliance implementation long term. The platform offers broad configurability and thus also demands excellent support and governance throughout.

LNS Research was briefed on the release of ETQ Reliance 2019; the latest iteration of ETQ's Enterprise Quality Management Software (EQMS). This...