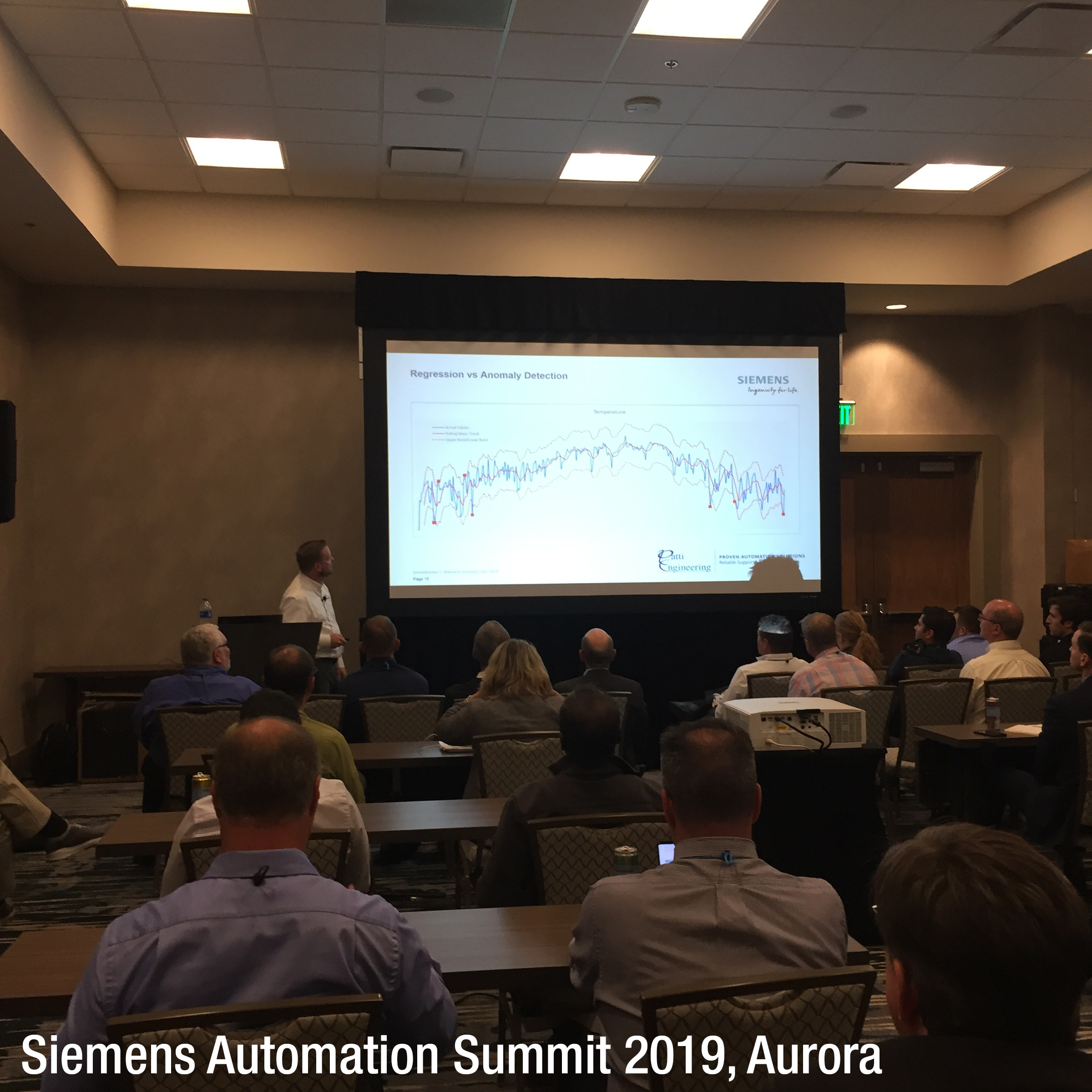 In June, LNS Research attended Siemens' annual Americas user conference ― Automation Summit ― in Aurora, Colorado. This year the automation and digitalization vendor drew more than 700 attendees, including 400 customers and 100+ channel partners. Customers that attended represent diverse industry sectors such as hybrid manufacturing, specialty chemicals, packaging, glass, metals, and many others. The event boasted about 70 sessions, ranging from breakouts to keynotes, Tech Café demos, and an enormous amount of hardware on display ― we focused our time on:

Following Siemens’ announcement of its new web-based control system, SIMATIC PCS neo (pronounced “nay-oh”) earlier this year at Hannover Messe, I was most interested in learning what PCS neo was all about. While I was expecting a brand-new system, neo is really a re-architecture of the PCS software, based on the way Siemens engineered, tested, and accessed PCS. With neo, users can now engineer and test the control system entirely without hardware, using a new set of software tools, including an object-oriented database and web-based human-machine interfaces (HMIs), then link it to the PCS 7 v9.0 hardware later. This process provides outstanding flexibility, efficiency, and scalability in automation project design and delivery.

The neo roadmap includes Siemens SIMIT integration simulation software, and batch and safety systems; however, the company gave no definitive timeline for these releases. Siemens did reveal an extensive roadmap for PCS 7 with a path to neo, including automation planning with COMOS design tools, system virtualization, improvements in their process historian and information server, and built-in cyber security, among others. The company expects to release neo sometime later this year.

Cyber security is the third element of Siemens’ triad. The company offers a full range of services and solutions, from consulting to threat detection software, to protection for wired and wireless hardware. Siemens' "Charter of Trust" commitment drives its cyber security strategy. Initiated by Siemens with 16 partners, the Charter of Trust calls for binding rules and standards to build trust in cyber security and to advance digitalization. Mitsubishi recently joined as the seventeenth partner.

Siemens followed up by choosing Claroty as its anomaly detection software partner. It uses Claroty in a pre-packaged offering: Siemens IPC, and previewed this detection capability on Siemens switches with an application processing engine provided by the Ruggedcom RX1500 series.

Where does Siemens stand on the road to Digital Transformation? In any organization as large and diversified as this one, change is never swift.  However, this giant is on the move, looking to slim down and refocus, much like its competitor ABB. Soon, Siemens will spin off its faltering $34 billion gas and power unit (the gas turbines business) allowing it to concentrate on:

The Automation Summit was really about Siemens' digital industries unit, although the event was primarily automation hardware-oriented.

From a process control perspective, Siemens is undoubtedly moving in the right direction by re-engineering with neo software, though perhaps its timing is a bit behind the competition. LNS Research does not follow control system hardware developments in detail, but competitive advantages, if any, are relatively short-lived in this highly competitive market. If Siemens gains any advantage in this particular area, it will be through the design-to-deliver lifecycle, because users can move from concept to COMOS to SIMIT to a commissioned system, all in one unified development environment.

It's impossible to talk about APM without including MindSphere in the same breath. Siemens' MindSphere is its cloud-based, open Internet of Things (IoT) operating system. To date, the firm has used a partnering approach to spread out the building of Industrial Internet of Things (IIoT) and analytics applications, but it's finding out that at the process-plant level, it also needs to build out a suite of applications for assets. Siemens Asset Uptime suite features applications for control valves and control loop tuning complemented by mobility solutions for operator rounds with augmented reality / virtual reality (AR/VR). Two issues arise when using partner solutions:

Most industrial companies want to control third-party applications within the boundaries of their own private Cloud. Hence Siemens is working to bring uniformity and consistency. It's the right strategy for Siemens: round out its full suite of Digital Twins and analytics applications. The company is well-aware of its position and is working hard to fill in the gaps, for example, with partnerships with PSE and Bentley, and to elevate its value proposition and messaging, particularly for the chemical sector.

For industrial companies in Siemens’ target industries like chemical processing, metals, food and beverage, and mixed-mode manufacturing, you won’t find a more capable controls vendor, with a strong network of system integrators, doing an outstanding job of taking care of its customers. For Siemens, now refocused on two core business units, it’s full speed ahead to execute its new strategy.

Highlights from the 2013 Rockwell Automation Fair

Learn about the key takeaways from Rockwell Automation's 2013 Automation Fair. LNS shares industry trends, product updates, and our own analysis.

Learn about Parsec Automation's TrakSYS offering, and how the software vendor is serving the manufacturing operations space.